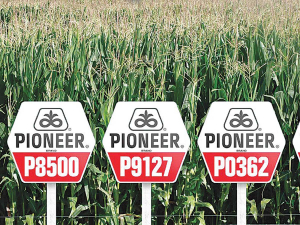 Don't panic if, for whatever reason, you have extra maize silage on hand.

I also get calls from maize silage users who say they have too much maize silage and wonder what to do with it.

The reasons for this extra maize can include a buyer changing their mind at late notice, maize grown on spec and no-one wants it or the yields were higher than what was expected (as has been the case in some parts of the country this year). The two questions I get asked are “Do you know of anyone who wants some extra maize silage?” or “What can I do with the extra maize silage I have on hand?” The answer to the first question is easy as it is always a yes or a no. The answer to the second question is a bit more complex.

If you are selling maize and have a surplus, you have two options. You can either meet the market and sell the extra maize at a lower price. Or you can store it in a stack or bunker and sell it when you can get the price you want.

If maize silage has been well compacted, covered, and sealed, it will last for several years. Low interest rates at present mean the interest cost of storing a crop is relatively low. Unless your cashflow is tight, there is no rush to sell it. When you do sell it remember to factor in harvest costs as well as losses due to the fermentation process. Once you have sold stacked maize silage, it is relatively easy to move. For more information about moving an existing stack of maize silage go to the Pioneer website (pioneer.co.nz) and search for Technical Insight No. 318 (Moving Maize Silage).

Keeping excess maize silage simply makes sense. There are three key reasons for always having a buffer of maize silage on hand. These are:

It is there to use straight away if you need it. Pasture production is inherently variable as it is driven mainly by climatic factors such as rain and soil moisture. Maize silage on hand is a great form of risk management. And unlike contracted feed or a grazed crop, if you don’t need it, you don’t have to feed it.

You are never in a situation where you are chasing high priced feeds when demand is high.

Many farmers have made the comment that when there is a feed shortage and everyone is trying to get their hands on feed, processed and imported feed prices only seem to go one way. That is up. With current interest rates at an all-time low and milk price at one of the highest levels ever recorded, many farmers are in a prime position to buy and store extra maize silage and use it later when they need it.

In summary, don’t panic if, for whatever reason, you have extra maize silage on hand. Unless you need the money, keep the silage until you or someone else needs it. Likewise, with a high payout and low interest rates, this is a good year to buy and store extra maize, and then feed it when you need it.