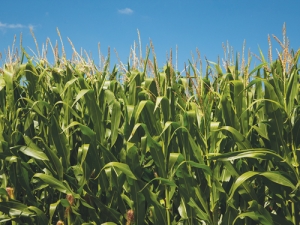 Some high-performing farms are using maize silage to increase DM yield from milking platforms and run-offs.

Average home-grown maize silage yields vary between districts and paddocks but are typically in the range 18-26 tDM/ha.

Most maize silage crops take 120-160 days to reach harvest maturity.  Most dairy farmers use insecticide treated seed to reduce the time between the last grazing and planting maize to 5-20 days. This means the time from last grazing to maize silage harvest is normally 130–180 days.

Our costings do not include maize silage wastage or the amount of pasture lost in the growing season. Storage and feed-out wastage rates vary greatly between farms and it is impossible to use one number. Where maize silage stacks are well managed, the storage loss can be as low as 6%. Feed-out losses associated with bins are in the order of 5-10%2.

Pasture lost during the maize growing season varies greatly between farms. There are several things you must consider when trying to account for it.

1. How much DM would the paddock have realistically produced?

DairyNZ research has shown that the best yielding pasture paddocks produce double the annual drymatter yield of the worst paddocks3.  If your farm produces an average of 7 tDM/ha during the 5-6 months between spraying out a paddock and maize silage harvest, you will have good paddocks which produce at least 9 tDM/ha and low producing ones which produce no more than 5 tDM/ha. In my experience few farmers spray out their best pasture paddocks and plant them in maize! Remember that if you deduct pasture foregone during the maize cropping period you should also deduct the variable costs associated with growing that pasture (e.g. fertiliser, weed and pest).

2. Pasture lost at different times of the year does not have the same value.

You could argue it is beneficial to take an area out of the round during spring as it increases grazing pressure on the rest of the farm, improving pasture quality. This will be the case on many farms this year when cow numbers have been reduced in response to the lower payout. There is a cost associated with topping or making grass silage which are the other alternatives to manage a pasture surplus. Conversely pasture grown during the dry summer months or maize silage used to fill autumn, winter or spring feed deficits will have a much higher value.

3. Farmers need to separate the cost of regrassing and the time taken to establish new pasture from the maize cropping analysis.

If your paddock needs regrassing, whether you spray out and go through a grass-to-grass programme or direct drill after a maize silage crop, the costs and the time taken for the new pasture to establish will be virtually identical. So unless the paddock did not need renewal, the time taken for maize cropping should just be last grazing to maize harvest – not last grazing until when the new pasture comes into the grazing round. If you choose to include the costs of establishing new pasture in the maize silage gross margin, you must also include the benefits (i.e. higher yields of better quality DM over several seasons).

The take-home message is that costing home-grown feed isn’t as simple as some would suggest. A number of high-performing farms are using maize silage to increase the DM yield from their milking platforms and run-offs. They have proven how this strategy can decrease the cost per kgMS produced.

• Ian Williams is a Pioneer forage specialist. Email him on This email address is being protected from spambots. You need JavaScript enabled to view it.

Apart from Covid-19, there seems to be one topic that is dominating the farming media at the moment – freshwater and all the new rules and policies designed to protect it.