We need a long, cool look at water 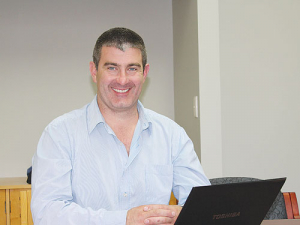 In February, one of the biggest fires in New Zealand history ignited on the Port Hills in tinder dry conditions, causing thousands of residents to evacuate.

In March, the upper North Island was soaked, with Auckland experiencing its wettest March day in 60 years, and over 300 homes were flooded.

July brought flooding to Otago and Canterbury, and snow and strong winds to other areas.

Too much or too little water plagued the country for much of 2017. What’s worrying is that forecasts indicate that last year was not an exception but a foretaste of things to come.

According to the Ministry for the Environment’s ‘Our Atmosphere and Climate 2017’ report, many regions, including Auckland, are forecast to be in drought more often and to have heavier rainfall. Rainfall patterns will also change, for example, in much of the upper North Island: spring rainfall will decrease but rainfall at other times of the year may increase.

NZ is not short of water, says NIWA. We now get an average of 550 billion cubic metres of rain each year. 80% flows out to sea, supporting river ecosystems along the way, 18% evaporates and 2% goes for irrigation, urban and industrial use.

Our population is expected to reach 6 million by 2050. We’ll need to feed more people from the same land area, and supply water and power to new homes and businesses. Reduced rainfall in spring for some areas will affect our ability to produce food during our most critical growing period.

With challenges on the horizon and changes to where, when and how much rain we receive, we need to think today about how we will manage our water resources in times of drought or deluge.

California, with a booming population and scarce water, is at the forefront of innovative water management. Near Bakersfield, 30 square miles of wetland stores underground water and provides a wildlife habitat for native birds. The site is called the Kern Water Bank.

There, rain and water from rivers carried via aqueducts and flood overflows from the Kern River recharge groundwater supplies through a series of ‘leaky’ ponds. The recharged groundwater is piped through canals to Bakersfield (population 380,000) and to neighbouring farms to grow crops. The wetland is home to over 20,000 birds, and endangered species like burrowing owls.

The solutions we may need to use could have their origins in the past. During the 1930s drought turned much of Canada’s western prairies into a dust bowl. Poor harvests and low grain prices drove farmers off the land or to suicide. Water storage was seen as the way forward. It took until the 1960s for the Gardiner Dam to be completed. It provides water to 40% of Saskatchewan’s population, for irrigation and for hydro electricity generation which powers 100,000 homes.