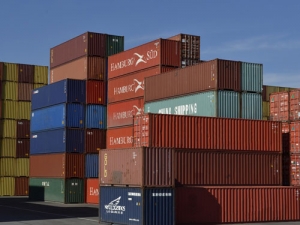 As All Blacks coach Steve Hansen would say, a win is a win, albeit an unconvincing one with plenty of room for improvement.

In much the same way dairy is a winner in the new TPP agreement, but the margin is almost the margin of error. As one insider somewhat cynically said, a whopping 3% concession on dairy exports to Canada: how grateful should we be?

It's interesting to reflect on the motivations of the participants. The word 'fear' was a common one and a key driver in how the negotiations played out

It's clear that other New Zealand primary exporters will do better out of the TPP than dairy, but despite the limitations on dairy it is still much better off than had it had no deal.

From a dairy perspective the TPP is a long game – probably intergenerational. In other free trade agreements NZ has negotiated, such as the FTA with China, there are review clauses. At this stage we don't know if there are any in the TPP, but we do know that if another nation joins the group, as part of their entry process there will be negotiation.

This could be code for a review which may see some incremental improvements to the dairy situation over time.

Also, while the TPP has in the past been discussed as being a US-led move to contain China, the view in Washington has softened in recent years. China has said it is watching the development of the TPP carefully and is engaged in its own rival trade negotiations. Many in the US business community feel the real promise of the TPP lies in opening its membership to other countries, particularly China.

The current members are Australia, Brunei, Canada, Chile, Japan, Malaysia, Mexico, New Zealand, Peru, Singapore, the US and Vietnam. And already lined up hoping to get in are South Korea, Taiwan, the Philippines and Colombia.

Free trade is not something superpowers like the US, Canada and Japan embrace. They are dyed-in-the-wool protectionists and splendid isolationists at heart. Add to that the enormous power wielded in those countries by numerically small farming lobby groups.

Weaning farmers and governments off addictive subsidies and protection policies is not easy and free traders such as New Zealand have their work cut out to effect change. But although the TPP is far from perfect, at least there is a deal and any benefit to the dairy industry is better than none.