Editorial: What's in a deal? 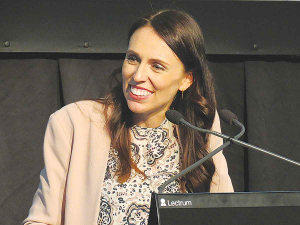 It was clear several weeks back the deal was going to be signed when Jacinda Ardern made the call to go to Brussels.

OPINION: Understandably the dairy sector is very unhappy about the recent free trade agreement that New Zealand has signed with the European Union.

They feel let down by not getting the tariff free access to the EU that they claim they needed to take advantage of that lucrative market of 450 million consumers, many of whom are able and willing to pay more for our high quality dairy products. The meat industry feels similarly aggrieved.

Dairy Companies Association of NZ chair Malcolm Bailey is placing the blame for what the dairy sector sees as a poor outcome for them on the political decision taken to accept the present offer rather than continue the negotiations.

While not disputing their grievances, one has to also take account of the other side of the story.

The fact is that an FTA with the EU was always going to be a tough nut to crack given that its formation goes back to the Treaty of Rome which gave birth to the EEC in 1958. It was about protecting the economies of members as well as creating a wider political alliance among members.

The EU has always carefully protected its agricultural producers because of the electoral power they hold in most of the member states.

To be fair the NZ dairy and red meat sectors have long recognised this and no one had high expectations of making great access gains in these areas. The final government message was 'commercially meaningful access'. The dairy industry says this wasn't achieved and that we should have continued the talks.

The Government's view is it got the best deal possible in the circumstances and that there was risk that if the negotiations were stalled during the European summer break, the geopolitical situation may have deteriorated in Europe and that any future deal could have been worse than what we have now. In Europe there are all sorts of political power plays such as elections in individual countries and in the EU itself, and our Government rightly had to factor these in and make a judgement call to sign now.

It was clear several weeks back the deal was going to be signed when Jacinda Ardern made the call to go to Brussels.

The word is the talks went down to the wire and there were suggestions that we may still walk away at the last minute. The cynic would suggest this was political theatre because the political fall-out of Ardern coming back to NZ with no deal would have been very embarrassing to NZ and the EU.

So this is the deal and we have to live with it - probably for the next twenty years or so.