No one is moaning or whingeing 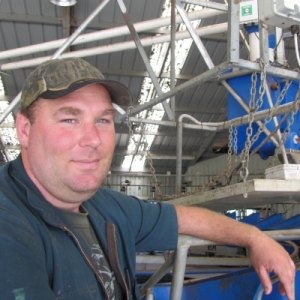 As usual in summer, some regions are drying out – some are getting extremely dry. The media is running hot with drought stories, from ‘experts’ on social media and in print.

Here’s my rebuttal of some of these experts’ harping about farmers “moaning and whingeing”.

Firstly, I won’t deny that when it gets dry your average farmer starts hoping for rain.  But moaning and whingeing? Come on!

I’ve been quoted by media about this: here is how it works.  A journalist calls me with a bunch of questions which I answer honestly. So I am not running after the media and badgering them with complaints about the weather.  It’s the other way around.

Trust me, when things are dry on farms the last thing I want is to talk to news media.  I know these journalists will be waiting to pounce on a ‘moan’ or a ‘whinge’ so they can say “Listen, the farmers are moaning again”. So I try to underplay the severity of the dry, with that in mind.

Then they drag out their old favourite “Now we’re going to have to fork out millions in drought assistance to farmers”.

I’ve been farming for 18 years with never one cent in drought relief; neither have I met anyone my age who’s been paid anything. Perhaps some old-timers could have got relief in the 1970s or 1960s. The only ones to get help are those stuck for money to buy groceries – those effectively going under.  They will get the equivalent of the dole. But those you can count on two hands.

Another form of help is delaying tax payments.  Not skipping them, just delaying. But only if you’re really deep in it. Few farmers apply for this.

A media standout this year is, “Perhaps some regions aren’t suitable for dairy farming”.  But wait – arable, sheep and beef farmers are affected as badly by the dry as are dairy farmers. Frankly, I laugh at the idea that just because farming conditions aren’t perfect, you’d better not attempt something. Which country has the highest average per cow production in the world? Israel. In which country is the world’s largest dairy farm? Saudi Arabia. Both places might be just a tad drier than South Canterbury.

My first farming job was in northern British Columbia, at the start of the Alaska Highway. If you think milking cows on dry soil is hard, try it in 2m of snow, at -30oC.

In my travels in Alaska I passed several dairy farms on the outskirts of Anchorage. The rest of the world, by and large, milks cows in conditions far less ideal than in New Zealand. They just do it differently, so as to overcome the weather challenges. We need to do the same – find solutions that work in differing climates.

But, “why don’t farmers invest in more water storage?” Wow, why didn’t we think of that?  “Buy some tanks to store the water during winter.  Right, I’ll go look on Trade Me for a 660,000,000L tank.  Perhaps they’ll do free delivery.

Farmers are keen create more water storage; if we could jump in a digger and do it, most of us would.

Finally there’s the old complaint about farmers stealing water and sucking the rivers dry. Every farmer who takes water will do so by consent.  They will have applied to the regional council for that consent, the issue of which is governed by environmental flows required in the rivers, and thus determined by remaining water for irrigation, urban drinking, stock drinking or industrial use.

My regional council levies rates on those who extract water: they must pay 70% of the council’s costs in monitoring the water flows and the science behind it. If someone takes more water than they are allowed to, they will likely end up in the environment court and cop a hefty fine.

I question how drought declarations are misinterpreted when it’s just a case of stating the obvious. The benefits to farmers are next to none.  I could do without all the negative comments we’re hearing these days.  It’s not the farming I’ve known for 18 years.