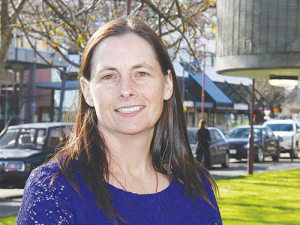 Consider some new year resolutions as you work the land. And treat your farm as a biosecurity fortress, with its defences tightened to shut out pest and disease threats.

Confirmation this month that the bacterial cattle disease Mycoplasma bovis is present on a farm in the Ashburton area – bringing the number of infected properties to 14 – is the latest wake-up call.

All farms are at risk from pests and diseases. Regarding M. bovis, movement of infected animals is the main risk, then animal-to-animal contact and transmission through milk and semen; but the disease can also be transferred directly on equipment such as calving and AI gear.

MPI staff work hard to knock out biosecurity threats at our airports and ports but they’re only the first line of defence. You’re the fullback. You need a game plan to repel weeds, bacteria and other harmful substances that would hurt your livelihood.

Now for those resolutions.

First, are your NAIT records up to date?  Federated Farmers will be lobbying hard for early adoption of recommendations to simplify NAIT compliance as a conclusion of a review of the National Animal Identification and Tracing scheme.  Every livestock farmer’s role is to accurately and entirely record stock numbers and movements on and off their property. The M. bovis outbreak is showing us that strong NAIT compliance is crucial to the efficiency of the biosecurity response.

Next, have an onfarm biosecurity plan and make sure your staff are on board with it. The concept of your farm as a ‘separate country’ with virtual borders is not over the top.  For example, if family members or farm visitors are recently returned from overseas, consider the risk of them carrying an unwanted substance on footwear or in a suitcase.

Limit unnecessary movement of people, pets and vehicles onto your property, especially in areas where animals are kept.

• Katie Milne is the president of Federated Farmers of New Zealand.