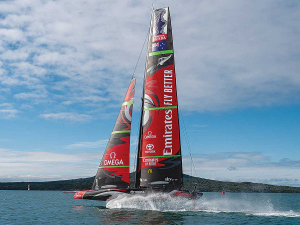 Like Team New Zealand, dairy farmers must innovate to keep ahead of global competition.

In last week’s Rural News, Waikato farmer George Moss likened the position New Zealand farmers find themselves in to Team New Zealand in the America’s Cup: “Yes, we are the holders of the cup now, but if we don’t keep innovating and be smart, our competitors will take it off us.”

We should consider the part that NZ can play in the whole global impact in relation to climate change.

Fact: In the global scheme of things NZ plays a very small part in controlling the direct impacts on climate change.

Fact: Agriculture has a direct impact on the environment and contributes to climate change issues.

Fact: NZ can improve and lower its level of impact through changes to our methods of agricultural production.

Fact: The level of reduction in direct impact that NZ will make through those changes is extremely small in relation to global measures.

Fact: The measurement of NZ’s direct impact on climate change is significantly overstated when measured on a per capita basis as it is now, due to our very low population levels compared to our agricultural production and its impacts.

Fact: The large majority of our agricultural production is exported all over the globe and used to feed many other countries populations.

Fact: Most other nations that we are measured against have significantly larger population bases and lower production figures which means that their per capita impact is measured much lower than NZ’s, which is not a true reflection of the direct impacts that their agricultural production has on the global environment in relation to climate change.

Fact: If the environmental impact from agricultural production was measured by comparison of impact against production quantity then the NZ agricultural industry would be seen as far ahead of the rest of the world in relation to this measure.

This is not an excuse to say that we should not have to do anything to reduce our impacts on climate change as we have committed to doing so and rightly should support that commitment with direct action.

My problem with the current situation is that if, as has been suggested in the climate change report, we take all of the actions proposed, we will likely end up with a reduction in our total production outputs and therefore have less product to export.

This reduction in outputs/exports will not in itself have much of a direct effect in reducing the impacts on climate change. Yes it will have some beneficial effects on the total.

What will actually happen is that as NZ exports decrease, the market will find other suppliers around the globe to replace that decrease in NZ export production. Those other suppliers will, in nearly all cases, be producing a similar product with much higher levels of impact on the environment than the NZ producers were.

So the net environmental impact on a global scale is that by cutting back production, NZ is actually contributing to worsening the effects of climate change rather than improving it.

Maybe if viewed on a global scale we should take a slower path to reduction in impact and maintain our current levels of production, which will have the effect of preventing an increase in environmental effects outside our borders whilst still implementing a reduction in impact.