The good, the bank and the ugly 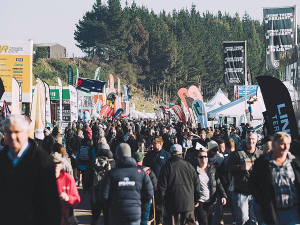 Signs of banks being more cautious were obvious at this year’s National Fieldays.

OPINION: The news that most banks are pulling back or taking a more cautious approach to lending to the rural sector should come as no surprise.

The signs were obvious at this year’s National Fieldays.

Normally banks are out selling debt for all they’re worth, but this year they had retreated inside their much smaller sites, mostly showing the flag to a few key clients and checking the mood of the event.

The Reserve Bank’s move to get banks to increase their capital reserves, to protect bank deposits, will pressure their ability to lend. The days of banks’ carefree lending are over.

Anecdotal evidence suggests that before lending on a farm a bank will take a microscopic look at the property and its viability. For example, how compliant is the farm in environmental matters and is the asking price realistic given its likely future? That makes sense.

But the trouble for many farmers is that tighter lending criteria pinch their ability to spend money on necessary new infrastructure such as feed pads or cow homes or better effluent systems.

Dairy News has already heard that bankers’ pressure on some Southland farmers to repay loan principal is forcing them to try to raise profit at the expense of getting on with farm tasks.

With banks squeezing farmers, the Government’s environmental agenda could be at risk, or at least it may face pushback from farmers.

Farmers’ discretionary spending on environmental improvements will be nudged down their priority lists, or such spending will generally be curtailed, dampening the economies of rural towns. This is not a good outcome because NZ will only maintain its position as a producer of high quality, sustainable food by adhering to good on farm standards. And the reality is that rural NZ is the real NZ.

Banks’ decisions to cut the size of their agri portfolios, and all that this may mean, come as the country moves into an election year. For not the first time farming may be the centre of the debate.

The New Zealand National Fieldays Society has made a donation to the Rural Youth and Adult Literacy Trust.

OPINION: High farm debt levels have cast a shadow over the Ministry for Primary Industry's positive predictions for agriculture in 2020.