The putting right that counts — Editorial 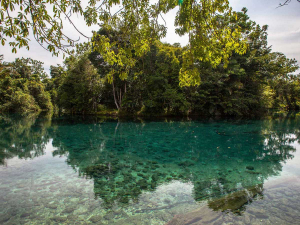 OPINION: It could be argued that consultation was a meaningless exercise when the Government asked for submissions last year on its major water reforms.

Farmers perhaps naively believed they would be listened to, as they and their industry-good organisations put forward positive and well thought out scientifically-based proposals. There was no outright opposition from them to the concept that water quality needed to be improved.

But it was clear the government proposals were based on hard-line doctrinaire and prescriptive rules that bore no relationship to what is possible on farm. Even worse, they made no allowance for diverse climatic conditions in the country. Do policy wonks and government ministers seriously believe that farming systems are the same in the far north and the far south? If they do, they need to see their doctor and get some more appropriate drugs because such an attitude is delusional at best, and stupid in the extreme.

Why did government ignore the measured approach of say DairyNZ to put the onus on farmers to solve the winter grazing issues through environmental farm plans and set outcomes – not the prescriptive drivel in the legislation? Interestingly, Ireland, which has similar issues to NZ in terms of water quality, has gone the outcomes way, working with farmers to clean up waterways, and it is working. Has David Parker and his coterie of evangelical environmentalists been to Ireland or talked to NZ scientists who are collaborating with the Irish on such matters?

One can forgive the primary sector for bitterly complaining that they are unwanted and perhaps even hated by the Government – and certainly not trusted. The present row in Southland was easily avoidable if the diehard policy wonks and unbending government greens had one atom of common sense. This silly notion that farmers are serial polluters needs to be dispelled and ‘gone by lunchtime’. Farmers do way more for the environment and spend more to enhance it than the average townie, yet certain politicians and their advisors seem perpetually blind to the realities that happen 10km outside of Wellington.

A recent survey by DairyNZ showed that 62% of dairy farmers or their staff were affected by mental health issues in the past year and that one of the major stress factors was new regulations.

The situation in Southland is unnecessary and the government should be big enough to admit it’s wrong and do the right thing and accept the common-sense advice of farmers. After all, isn’t it ‘the putting right that counts’.