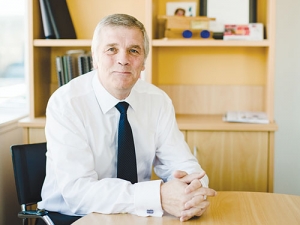 Delegations from Vietnam and Brazil have visited New Zealand this month to study co-ops and how they contribute to the world’s most co-operative economy.*

Cooperative Business NZ, which represents the interests of this country’s co-ops and mutuals, helped co-ordinate the study tours.

One of the best features of the co-operative business model is that everywhere in the world co-op members are happy to share their experiences with fellow co-op people.

We have some of the best co-operative business models, plus innovation within our co-ops, and plenty of historical data showing we are here for the long term. That’s why other countries come to New Zealand to hear how we’ve overcome challenges and continue to succeed internationally.

The eight delegates from Hanoi, Vietnam, were in NZ from April 15-17, arriving in Wellington. They first visited the Ministry for Primary Industries to learn how central government encourages co-ops through legislation and policies. Then came meetings at Fonterra, Auckland, with senior executives.

The visitors spent April 17 at Cooperative Business NZ’s Newmarket office, hearing about the member organisations’ roles and functions and getting an overview of the NZ co-op sector.

Scarcely had the Vietnamese left for Australia when a Brazilian delegation arrived from Australia. These 17 visitors represented the Co-operative Organization of Parana State and SESCOOP (Co-operative Learning System).

They visited Zespri and Eastpac in Tauranga on April 20, then next day travelled to Waikato to meet with Fonterra and LIC.

On April 22 the Brazilians got an overview of the NZ co-op sector from Cooperative Business NZ then heard from Co-op Money NZ about our credit unions.

* A 2014 United Nations study showed New Zealand is the world’s most co-operative economy per capita. The survey of the social and economic impact of co-ops ranked NZ first of 145 countries.

Co-ops have a bright future - Shadbolt

Agribusiness expert Professor Nicola Shadbolt says that New Zealand cooperatives have a bright future ahead of them.

The recent short-lived ban on Brazilian beef by its major customers is unlikely to increase demand for New Zealand products.

Amid Brazil's political and economic turmoil, onerous bureaucracy and almost non-existent market for fresh milk it’s hard to see the appeal for Fonterra.