Water trading not a good idea 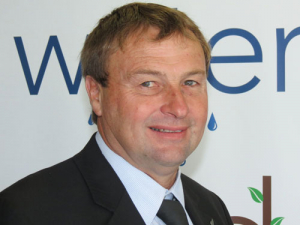 Fellow Feds board member Andrew Hoggard and I have just returned from a five-day study tour in Australia hosted by Mercury Energy.

The power company sent 36 of us there, representing Waikato River catchment interests such as power generators, iwi, Niwa, the Ministry of Environment, Fonterra and Waikato Regional Council.

The aim was to learn about the Murray Darling River water management plan and how water trading is working.

The Murray Darling river system occupies a vast basin the size of France and Spain. It traverses four states, all of which are deemed to own their water.

We heard about the origins and struggles of state governments competing for a share in the water resource, and about the complexities of operating a system so modified by man that it can take three months for water to travel its length, while trying to deliver water to customers for abstraction and environmental purposes.

The whole system is being modernised at a cost of about $13 billion, including onfarm grants from the federal government. Efficiency savings are enabling a return of about 30% of water back to the environment.

In New Zealand water for irrigation is attached to the land. It is not owned and no one pays for water; we only pay for infrastructure, delivery, etc, and require consents to be renewed every few years.

In Australia water is separated from the land and within certain rules can be freely traded (you can buy water to release down a river). No one pays for water in Australia either; there is a water charge for management and maintenance of the system.

Australia spent many billions and still had water shortages, so they wanted water trading, hence the need for disconnecting the land from the water.

I am yet to be convinced that water is flowing as intended in Australia, as much of it is moving to high value crops that don’t require the same size communities to support the farms.

1. When the government paid for upgrading half the onfarm infrastructure, the farmers saw the benefits, couldn’t wait and paid to do the rest.

2. Policy that doesn’t have good solid science behind it will fail.