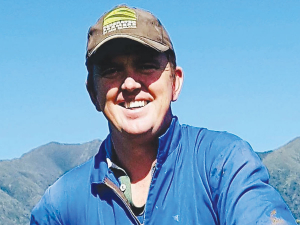 Last week Wallace Group stopped its “casualty calf collection” service because of what it says is a poor response from farmers to a price hike.

Up till last season, some farmers were paid $1 for each dead calf picked up from the farm. Last month, Wallace Group announced a $12 collection fee per calf citing a drop in market prices for hides, skins and rendered products.

“I think farmers have found the change in price surprising, some going from being paid $1 to being charged $12, that’s a big swing……especially when the bobby market is still fair,” Langford told Rural News.

He says it’s also too early to say that farmer response to the new collection fee is poor.

“It’s very early in the season to say that farmer response is poor. Favourable weather conditions will have no doubt helped lower mortality rates on farm.”

But Wallace Group general manager Bernie Lynskey told Rural News that the company’s decision to charge $12 for each casualty calf went down “like a cup of cold sick” with farmers.

He says the company had no choice but to stop collecting casualty calves.

“We only had a limited pick up to get sufficient stock to provide inductions for staff plus to test and commission a new skinning chain.

“Generally, there’s been a very poor response, almost entirely on the back of that it’s cheaper to dig a hole.

“There seems to be little acknowledgement of the potential environmental impact.”

Burying fallen stock on farm is a permitted activity in most parts of New Zealand.

Langford says farmers should do their best to minimise odours and adhere to best practice guidelines found on the DairyNZ website.

But he’s not encouraging burning of stock.

“Burning of fallen stock is a rare practice and respect for neighbours should be considered.”

“We have not had slink collection for three years and fallen cows for fifteen years.”

“Farmers have always seen this as an opportunity to support a local business or fundraise for a community organisation, so they will be disappointed to see that go.”

“Just look to the bobby calf pricing and the drop there partly based on the skin fall.

“Rendering prices for meal have fallen dramatically with some access issues currently.”

Lynskey says the company proposed a $12 charge per calf “on the basis of if we got good support or access to some other funding price would fall”.

The company sought financial assistance from the Government’s Provincial Growth Fund and other funding sources that support environment friendly options. So far there’s been no offer of assistance from any source.