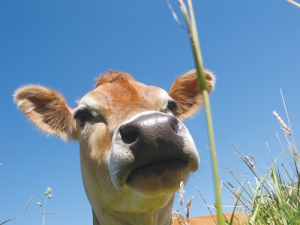 FE is a disease that causes lowered milk production and even death from liver damage.

A large-scale dairy farmer, among the first in New Zealand to introduce facial eczema (FE) tolerant genetics into his dairy herd, says they are an “essential tool for dairy farming,” reports CRV Ambreed.

“We now have over 1700 heifers over two generations from this programme showing a degree of tolerance to facial eczema,” Sisam is reported as saying. “FE tolerant genetics allow New Zealand dairy farmers to produce herds less susceptible to FE in the long-term. I consider these genetics to be essential.”

“In the 1980s, when we farmed 12,000 ewes, we would lose 1000 sheep in a bad FE season.  Rams were sourced from the Wairarapa where FE was almost unknown and sheep had no natural tolerance to FE.

“We introduced FE tolerant genetics and now, farming 5500 ewes and in a moderate FE challenged season, the most we lose is 50 lambs and we have very few ewes showing signs of clinical FE. We don’t have the intense and immediate loss we used to have.”

Sisam says although it’s too early to see the results fully, he has faith in these genetics. “It’s based on science. It’s wise to have FE tolerant genetics in the background, working alongside other preventative measures.”

FE is a disease that causes lowered milk production and even death from liver damage.  Humid conditions increase the number of toxic spores in pastures, which when ingested by cattle, damages the liver and bile ducts.

The damaged liver cannot rid the animal’s body of wastes and a breakdown product of chlorophyll builds up in the body causing sensitivity to sunlight, which in turn causes inflammation of the skin.

Clinical cases of FE are easy to spot; skin loss and lethargy are clear signs that the animal is suffering from an FE challenge. However, subclinical symptoms, which are not noticeable, cost more to the dairy industry through the loss of milk production.

R&D over the past four years by CRV Ambreed and its research partners resulted in the ability to identify FE tolerant bulls.

Targeted genetics for dairy cattle are now available that will typically breed offspring that are 25% less reactive to FE challenge compared to the average bull, helping farmers beat FE long-term, the company says.