$8b potential in Maori land 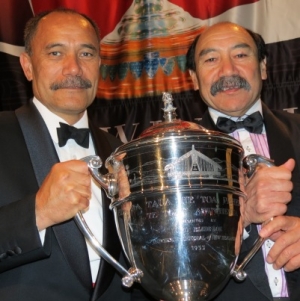 The report Growing the Productive Base of Māori Freehold Land estimates that lifting productivity to average industry benchmarks could result in an additional $8 billion in gross output and 3,600 new jobs for the primary sector. To achieve the estimated gains an investment in the land of just under $3 billion would be required.

"The potential for Maori freehold land represents an opportunity for Maori, the wider primary sector and New Zealand as a whole," says Guy.

"The report confirms that some iwi are well organised and have their asset base generating good returns, while others haven't realised their true potential yet.

"It is ultimately up to Maori to work out how to realise that potential, but Government has an important role partnering with Maori as leaders in driving a change.

"The proposed reforms to the Te Ture Whenua Māori Act announced by Minister for Treaty Settlements Chris Finlayson and Minister of Māori Affairs Dr Pita Sharples will be an important step towards unlocking this potential."

Late last year the Ministry for Primary Industries provided close to $3 million in funding for initiatives to promote sustainability and innovation amongst Maori agribusinesses.

The Ministry is also working with education agencies, training providers and other stakeholders to identify the opportunities to provide targeted training to Maori agribusinesses.

The Maori collective asset base is estimated at $37 billion. About 30% ($10.6 billion) is estimated to be in the primary sectors.