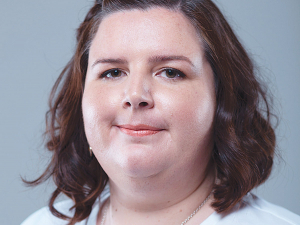 “A lot of good work is being done by Safe and the Animal Law Association,” she says

Pearson says farmers and other industry people are concerned that animal welfare advocacy groups have got a strong anti-meat agenda.

“I know some of them do, but I also think it is a dangerous thing for us to relinquish advocacy for animal welfare to those groups. Meat eaters must have a say in it as well.

“If we are the consumers and the people making those purchasing decisions we have a big role to play in deciding what we want to support in terms of social licence.”

Pearson reckons it is bizarre to have all the animal welfare ‘voices’ advocating for the end of livestock farming.

“The work being done by Safe and the Animal Law Association is a good opportunity for meat eaters to have their say about what they like and don’t like.

“It is important we figure out how to work together with those groups rather than taking an adversarial approach.”

Pearson later told the ProteinTech19 conference that most consumers do not want to know the details of farming practices.

They just want to know that farmers are doing the work.

“If you want something cheaper than the real cost of production then something suffers – the farmer, the animal or the environment. And I hope we can get NZ consumers on board with that,” she said.