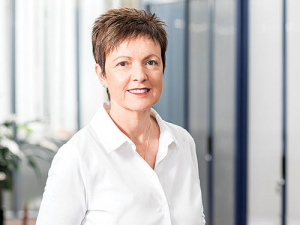 The loss of the Waiho Bridge, just south of Franz Josef, on the West Coast has been a “disaster” for dairy farmers.

The bridge, carrying State Highway 6, was washed away last week in torrential. It is one of many washouts and closures but will likely take longest to repair.

West Coast Federated Farmers president Peter Langford told Rural News not being able to travel up and down the coast was “one huge problem” especially for dairy farmers.

Three dairy farms south of the Waiho River and one at Fox cut off by two washed-out bridges would not be able to get their milk to the Westland Milk factory at Hokitika.

“I imagine they might have to activate an insurance policy for a day or two,” said Langford.

The rain struck on Tuesday and overnight into Wednesday (last week), with a state of emergency declared region-wide and State Highway 6 closed south of Hokitika.

Westland Milk Products said it was still collecting and processing milk despite parts of the factory being flooded.

Chief executive Toni Brendish says the West Coast has experienced a major storm which has hit farms, transport networks and the Hokitika factory.

“At this stage, we are still able to collect from all but a small number of farms and the factory is still processing,” Brendish said. “However, the flooding means we are currently not processing through two of our milk powder dryers.”

Brendish said last Wednesday there were road closures throughout Westland’s collection area, including no access through Arthurs Pass by road or rail, but the company could use Lewis Pass.

“We are doing our very best to maintain milk collection and at this stage we do not believe any farmer will have to dispose of milk. However, it is a rapidly changing situation and information on where and when we can, or cannot, get access is changing frequently.”

Langford says the Waiho Bridge had “obviously” needed some more rock reinforcement around it to hold it.

The Waiho River has a history of flooding, and the bridge had previously been raised to cope with the river bed gradually rising because of gravel washed down from the Franz Josef Glacier.

Flooding washed through a major hotel in Franz Josef three years ago almost to the day, and the Westland District Council responded to that by controversially using emergency powers to build a rock wall stop bank.

Langford noted that the council had been criticised for that, “but it protected the place”.

Langford farms in the Buller District, at the northern end of the province. He said last Wednesday morning that he had yet to see the band of heavy rain as it moved northwards, but was waiting for the Westland Milk tanker which was evidently running late.

However, Langford expected that West Coast farmers – apart from dairy with their perishable product – would not be too badly affected by the weather bomb.

He’d spoken with a farmer at Whataroa who at that stage had recorded 187mm, but told him “you can’t see where it’s been”.

“They’ll be a bit damp, but they take it in their stride. Most of them are lucky enough to have dry ground somewhere,” Langford said.