Dairy prices on the wane 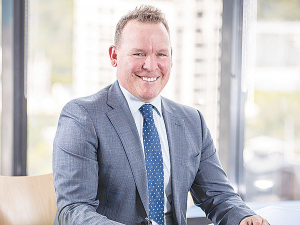 However, there is strong demand for Fonterra products outside the GDT platform and this could prop up a strong milk price forecast this season.

In May, Fonterra opened with a forecast milk price range of $7.25 to $8.75/kgMS, with a midpoint of $8/kgMS. The co-operative is expected to provide an update to its forecast later this month.

ASB economist Nat Keall says the bank is sticking to its forecast of $7.90/kgMS but acknowledges uncertainty remains high.

"There should be some downside risk to that figure going purely off the auction results, but we simply don't know exactly what kind of prices Fonterra is seeing outside of the auction platform," he says.

"The co-op is sticking to a wide forecast range for this stage in the season, so it's hard to get a signal there.

"The massive reduction in offer volumes does suggest there's a ring of truth to the co-op's comments about strong demand outside the platform, rather than just spin."

Keall says even a result towards the bottom end of Fonterras range would represent a strong season for farmers.

Over the past two auctions, Fonterra has lowered WMP offer volumes by about 40,000 tonnes, reportedly in response to strong demand off-auction.

Whole milk powder - the key driver of the farmgate milk price - fell for a fifth consecutive auction last week, down 3.8% to US$3,598/metric tonne.

Jarden head of derivatives Mike McIntyre notes that since the 15% increase in the early March 2021 auction, a series of incrementa falls has all but eroded the rise seen in early autumn.

He says removing volumes ahead of an auction would typically be supportive of price, however, the subsequent GDT result fell.

"We are now within $10 of wiping off all the good work done in the early March auction," he says.

McIntyre says support from the all-important Chinese market was more in line with longer run historical averages than the lofty heights achieved in the previous 15 months. However, he notes it’s still early days from a collection standpoint and he sees the next three to four auctions as key in deciding just how successful this season is likely to play out from a milk price perspective.