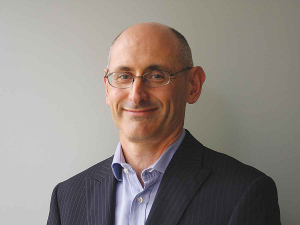 Overall, the report says total number of lambs produced this season is 357,000 head less than spring 2019. However, despite the problems with the drought, the overall picture is far from gloomy.

B+LNZ chief executive Sam McIvor expects lamb and sheep export volumes to be more significantly impacted by the follow-on impacts of the drought, due to lower animal weights and the retention of sheep for breeding to rebuild stock numbers.

“Despite the challenges of 2020 including drought and Covid-19, sheep farmers demonstrated why they are the world’s best; their resilience and the agility of their farming systems has meant they’ve performed outstandingly and this should be a real point of pride for our sector,” he says

The report says that number of lambs available for processing for export markets this year is estimated to decrease by 4.5% to 18.25 million.

In the past season, the number of ewes put to the ram remained virtually the same as the previous season. However, it seems that hogget mating was off the agenda for many farmers with the number of lambs born to ewe hoggets down 22% on the 2019 spring.

The big drop was on the East Coast of the North Island where the number of lambs born to hoggets was down 53% on 2019.

The only region to show an increase in hogget mating was Marlborough/Canterbury and that was just a mere 1.9%.

In terms of lamb survival rates, B+LNZ says this was much better in the North Island, and quite good in much of the South Island. However, in contrast to the rest of the country, survival rates in Otago-Southland were poor due to unsettled spring weather.

The report by chief economist Andrew Burtt notes that many farmers are concerned about lower farm-gate prices due to global market uncertainty, which is a combination of Brexit and Covid 19 – particularly the logistics of getting product to market.

Burtt says farmers are also concerned about low wool prices and the competition of forestry for farmland.  He adds that the Government’s Essential Freshwater package is impacting on farmer morale and farmers are looking for clarity on what’s required of them under the new regulations and some guidance on how to meet these new rules.

Tailing - get it right

With docking - or tailing - underway in many areas, Beef+Lamb New Zealand is reminding farmers about the new tail length requirements.