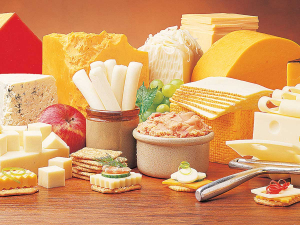 A move by the EU to grant exclusive use of the term ‘halloumi’ to Cyprus cheesemakers is raising concerns among the New Zealand cheesemakers.

But Fonterra says the decision doesn't affect sales of its products in New Zealand and in markets outside the EU.

A Fonterra spokeswoman told Rural News that the registration of halloumi as a protected term is "a EU decision that impacts sales of halloumi only in the EU market."

"It does not impact sales in the New Zealand market, where we currently sell Mainland halloumi, or our exports to any markets outside of the EU," she says.

An EU statement says the registration aims at protecting the name halloumi against misuse "by exclusively authorising the marketing of the cheese in the EU if it was produced on the island accoring to the traditional recipe".

"The registration allows producers of this iconic Cypriot cheese, famous around the world for its characteristic texture, folded appearance, and suitability for serving grilled or pan-fried, based anywhere on the island of Cyprus to benefit from the PDO status," the statement explained.

But New Zealand's cheesemaking community is concerned that the European Union is continuing to protect cheese terms that are generic and in common use around the world.

"Halloumi is a popular cheese for New Zealand consumers, with a thriving and innovative community of New Zealand cheesemakers delivering this delicious product to New Zealand tables," says Neil Willman, president of the Specialist Cheesemakers Association.

"We are concerned at Europe's continuing campaign to restrict the use of common names in international cheesemaking, at the expense of producers outside of Europe."

He says in places like New Zealand cheeses like feta, gruyere, havarti and halloumi are commonly consumed and considered genetics.

The EU is using an intellectual property rights system called 'Geographical Indications (GIs) to limit the use of food names to European producer groups, aguing the food's characteristics are unique to where and how it has been produced.

The move to register halloumi follows quickly behind the recent registrations of havarti, despite significant global production outside of the EU. At the same time the EU is requesting changes to New Zealand’s regulatory settings to adopt a sweeping new intellectual property framework to protect its GIs through the ongoing EU-NZ free trade agreement (FTA) negotiations.

A recent decision in the European Courts that extends GIs protection to include food characteristics such as textures and colours suggests the EU has an even bigger agenda, says Willman.

“What next? If European producers have their way, we won’t be able to produce ‘squeaky’ or ‘white’ cheese anymore. The effect on cheese making in New Zealand would be chilling.”

She claims the EU GIs agenda aims to limit the flexibility for New Zealand cheese exporters to participate in these new opportunities. “Maintaining maximum flexibility in terms of products and markets is important to the New Zealand dairy industry. The opportunity costs of narrowing trade options are always high,” says Crewther.

DCANZ is also concerned about the lack of balance between what Europe is asking of New Zealand and what it is prepared to put on the table itself. In 2020, reports suggested that the EU’s market access offer to New Zealand equated to just 0.02% of its nearly nine million tonne cheese market.