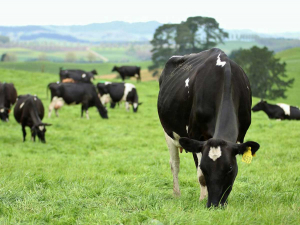 A farmer has been fined $21,000 after he failed to follow directives not to move stock.

Daniel Bernard Thomas appeared for sentencing in the Timaru District Court last week on four charges under the Biosecurity Act and one charge under the National Animal Identification and Tracing Act 2012.

At the time of the offending in 2019, Thomas’ Omarama farm was subject to a Notice of Direction (NOD) which prohibits cattle moving from his farm without approval by the Ministry for Primary Industries.

An MPI investigation found that in April 2019, Thomas sold and allowed the transportation of 153 yearling bulls to a farm in Pahiatua. Then in May, he transported another 32 cattle to a sale yard, again without the required permission from MPI.

The livestock agent, who did not know the animals were under a NOD, sold 26 of these animals to three clients and one buyer then on-sold some of the animals to two other farm owners.

Finally, in June (2019), Thomas transported 44 cattle to a meat processing plant and failed to disclose whether his animals were under MPI surveillance or movement control under the NAIT rules.

“It’s vital that all people in charge of cattle or deer follow these important rules. Our ability to track and trace animals is a critical factor in managing biosecurity threats such as Mycoplasma bovis,” he says.

“Biosecurity outbreaks have the potential to devastate the agricultural industry. We all need to do our part to prevent that or we all lose.”

Anderson says people who break the rules should know that MPI takes this offending very seriously.

In sentencing, Judge Mill took into account Thomas’s early guilty plea, his participation in a restorative justice conference with the victims and his previous good character.

A company, founded by two agribusiness leaders, is partnering with Government on a $20 million research and development programme that could put New Zealand on the map as a leading leaf protein concentrate producer.