Farmers urged to be vigilant on African swine fever 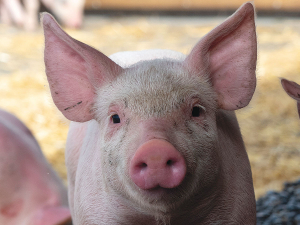 NZ’s $750 million pork industry is at risk if ASF hit our shores.

Farmers have been told to look into arranging no-contact time and stand-down periods for workers when they return from overseas, NZ Pork chief executive David Baines told Rural News.

According to the UN Food and Agriculture Organisation (FAO), the virus has spread to 11 Asian countries, including the Philippines, after decimating the pork industry in China.

NZ Pork says the World Organisation for Animal Health (OIE) recommends to all countries that the way to prevent the spread of ASF is for workers and visitors to stay away from pigs for at least five days after returning from overseas.

Additionally no pork products of any kind – local or imported – should be brought onto a pig farm.

Baines says experienced international farm workers, including those from the Philippines, play a large and positive role in NZ’s agricultural sector and work right across the country.

“We’re asking farmers and their staff to take a close look at the risks, for example if workers are travelling home to visit family and may come into contact with backyard pigs, and take precautions to manage them.

“The industry is concerned that the disease could be brought into this country through contact with infected animals or even on an item of clothing and transmitted to the local pig population.

“Even if a farm only raises a handful of pigs or if a worker just comes into contact with another farm that does, our real fear is that this disease could be picked up and spread into the commercial herd – with potentially catastrophic effects on our industry.”

BiosecurityNZ says it is taking the threat of ASF extremely seriously and closely monitoring the situation overseas.

“Pork may only be imported into NZ if it meets our strict import conditions.

“We are constantly reviewing our import conditions (including for pork products) and we can implement additional safeguards based on best available science,” it says.

Last month, ASF outbreaks were reported in seven places in South Korea and on 100 farms in East Timor, just north of Darwin.

Baines says while the disease is getting ever-closer to our shores, it is difficult to quantify the level of risk.

“We know there are a number of potential pathways for the disease to reach NZ. One is illegal importation of infected meat.

“For example, earlier this year the Australian Government announced that testing of a sample of intercepted pork products – seized from mail and passenger luggage over a two-week period – had found ASF contamination in about 15% of the pork.

“Australia has very similar tourist profiles to NZ, so it is likely that NZ faces the same level of risk.”

• Pork shortage across Asia will drive demand for higher imports of protein into the region.

China will be hungry for NZ meat

In recent years the pork industry has had to transform itself in the face of public pressure; now it offers the benefit of its experiences to ‘big brother’ sectors.