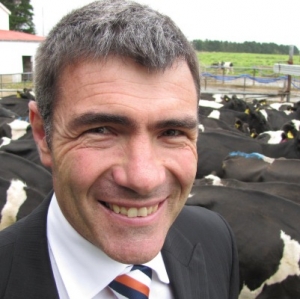 "This is not surprising news; we have known for some time that David Carter was likely to be promoted to Speaker," Federated Farmers national president Bruce Wills says.

"David has built up a great working relationship with Federated Farmers and the rest of the agricultural sector in his time, as first the Minister of Agriculture and Forestry and, post ministry amalgamation, as Primary Industries Minister. We have a great deal of respect for what he has achieved for our industry over the past four years," Wills says.

"We are also glad that Nathan Guy will be taking over the reins as Primary Industries Minister, as we know that as a farmer himself, he will really understand and work well for agriculture and all other primary industries in this country.

"Nathan has proven his ability to work well with the federation and the industry as the Minister of Immigration, associate Primary Industries Minister and as the associate Transport Minister.

"Federated Farmers also congratulates the other newly promoted ministers on entering Cabinet. We are especially pleased to see Nikki Kaye take on the Food Safety portfolio, Simon Bridges taking on the Labour, Energy and Resources portfolio and Chris Tremain step up to the Local Government portfolio which is currently undergoing some much needed reform.

"The federation also welcomes the re-appointment of Nick Smith to Cabinet with the Conservation portfolio. We know Dr Smith brings a wealth of skill and knowledge to the conservation arena, having previously held this portfolio.

"I look forward to working with each new minister and offer my heartfelt congratulations to each of them," Wills says.