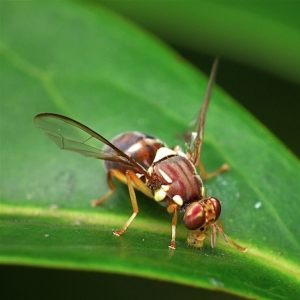 The Ministry for Primary Industries has confirmed a fourth fruit fly in Grey Lynn and believes it to be part of the same localised population as previous detections.

A single male Queensland fruit fly was found on Sunday in a trap inside the existing Controlled Area.

There are no changes to the Controlled Area as a result of the find at this stage, says MPI chief operations officer Andrew Coleman.

"We have been expecting to find more flies, so the latest detection is no surprise, and confirms that the trapping systems continues to be successful.”

"The find was close to the original detections, so we believe the fly is likely to be part of the same population."

MPI has so far trapped three male fruit flies. A single unmated female was located at a residential property on Friday.

MPI and its response partners, including GIA signatories KVH and PipfruitNZ, have moved quickly to respond to the fruit fly threat.

MPI currently has more than 180 staff working in the field on the response.

The response involves the use of movement controls, traps, public awareness, and treatment. While stricter controls continue at New Zealand’s borders.

Ground staff have laid bait in the Controlled Area and completed ground-based spraying under the fruiting trees where positive finds have been made.

"We continue to appreciate the outstanding public support we have received for our movement controls," says Coleman.

"We have every confidence that our measures will effectively eradicate this population.”

MPI boss Ray Smith has appealed to all those involved in food and beverage processing to be meticulous about hygiene.

The Ministry for Primary Industries (MPI) has set up a register for safe practice in the sector, with registrations due this Friday.