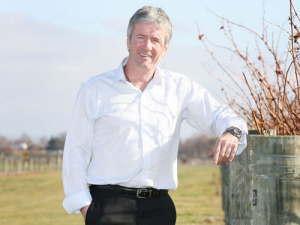 If Labour were elected to govern it would appoint a chief agri-food advisor with status similar to that of the present chief science advisor to government, says the party’s spokesman on primary industries, Damien O’Connor.

The idea was set out in KPMG’s recent Agri Business Agenda, but O’Connor claims such a proposal has always been a part of Labour’s policy.

Also, he says, a primary sector council would be formed of people with strategic vision to directly advise the cabinet. This group would provide some over-arching leadership in the agri sector.

O’Connor says there is a reason why farmers’ messages are not getting through to the general public. Between politicians and industry leaders a lot of “ra ra and misinformation” is being put out. “Frankly some of it is bullshit and this confuses the public.”

NZ still doesn’t have a vision for agriculture and people don’t know where they are going, he says.

“On the big issues of GM, land use, water quality and soil management we have to sit down and have an honest conversation.

“It’s all political because of the election and that is not helping farmers who are also getting confused messages.”

It worries O’Connor that a high risk exists of different sectors putting out mixed messages -- such as horticulture right now on traceability. There is a risk that others opposed to this line will undermine horticulture’s story and such incidents make it hard to sell a true NZ story.

“Some sectors do really well, such as horticulture where the grower is producing something in a form that goes directly to consumers and they understand that connection. But this is not so in wool or meat and less so in dairy,” he says.

However, O’Connor says that now Fonterra has traceability and payment for quality this helps connect farmers with the market.