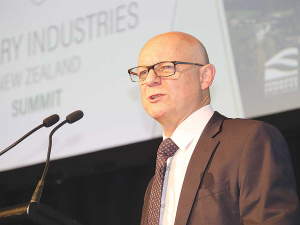 MPI director general Ray Smith believes the benefits of working in the primary sector haven't been marketed as effectively as they could have.

There is a need to re-orientate New Zealanders into working in the primary sector, according to the director general of the Ministry for Primary Industries.

Ray Smith’s comments come as widespread concern is expressed, right across the agricultural sector – especially in horticulture, about the lack of people to harvest crops and work in various jobs.

He believes part of the problem is that the benefits of working in the primary sector haven’t been marketed as effectively as they could have been. Smith says while there are some tough-end jobs that don’t pay well, there are actually a huge number of highly-paid jobs in the sector and that will grow.

“I think that some people in the ag sector could improve their employment practices but, having said that, a hell of a lot are doing really well,” he told Rural News.

“That said, I think some of the models we have operated on in the past will have to change in a world where travel is not so easy. We have relied heavily on migrant labour and now we are going to have to turn more to ourselves and look at how we get Kiwis into these jobs.”

Smith acknowledges that wage rates and the seasonal nature of some of the work is an issue. He says wages have to be attractive for potential employees.

However, he points out that in terms of seasonal work there is the opportunity for people to follow the harvests around – with the likes of apples and kiwifruit. Smith says the kiwifruit industry, in particular, is well organised and does a very good job at attracting New Zealanders to work in their sector.

Smith claims growers have got to take a long term view if they are going to change their workforces.

He says they need to take stock of where they are and improve the situation and that it’s important to treat people with decency and respect; and pay them reasonably well.