Not so wild about pines 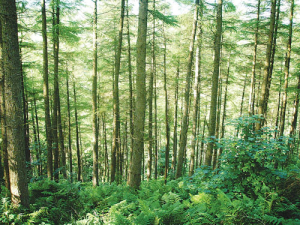 MPI estimates 20% of NZ will be infested with unwanted wilding conifers in 20 years if their spread is not contained.

Concerns about the continued spread of wilding pines are coming from both ends of the country.

Warnings have been sounded in recent weeks about the serious menace not only to the high country but also to Northland’s coastal margins and dune lakes.

“We have every good reason to be concerned,” O’Leary says. “Hunters had already reported seedlings growing in remote places from the northern Ruahines to the Marlborough back country and the Mackenzie Basin.”

If left unchecked, they will forever change our high country landscape, he says.

“The biggest impacts will be on our unique biodiversity, pastoral farming and soaking up our water resources.”

The scale of the problem is immense and it has to be tackled on a large scale, O’Leary says. The way pines can seed and multiply rapidly makes the challenge different from killing possums.

“Communities and government must consider this a priority for future funding and control. Proven control methods including spraying and helicopter ‘wanding’, and the work of ground personnel, are having the desired effect. The costs of these operations are significant, but hunters believe there is no alternative; we need to be in for the long haul.”

Meanwhile, the increasing impact wilding conifers are having on Northland’s coastal margins, dune lakes and rare gumland ecosystems has prompted local authority calls for a regional stakeholder group to address the issue.

The Northland Regional Council (NRC) is driving a push to form a group, saying it would be well-placed – with help from Landcare Research – to fully assess the extent and impact wilding conifers are having on the north.

Council biosecurity manager Don McKenzie says wilding conifers have long been an issue in Northland, many of them ‘escapees’ from commercial forestry plantations or shelter belt plantings decades ago.

However, he stresses the council is not looking to blame or penalise commercial foresters or other landowners for the issue. “What we’re saying is ‘right tree, right place, right purpose’.”

He says wilding conifers may be cedars, pines (including pinus radiata), firs, cypress, larches, and spruces.

While the impacts of wilding conifers in the South Island are well-known and understood – their extermination has been well funded in recent years – the situation in Northland is less clear.

“We know from our staff’s own observations in the field, and our examination of recent aerial imagery, that wilding pines are having an increasing… impact on our coastal margins, dune lakes and rare gumland ecosystems.”

He says the problem appears to be worsening with wilding pines slowly increasing their reach and scale.

“Infrastructure companies [e.g. power line companies] have to spend significant sums on trimming and removal to protect that infrastructure from potential tree-related damage.”

These trees have minimal commercial value because their poor form and heavy branches result in low grade logs.

McKenzie says wilding conifers should be branded pests, as are wild ginger, given their effects. NRC is therefore convening a regional group of key agencies this month to examine the wilding conifer issue.  It was hoping local and central government agencies, commercial foresters and iwi would attend.

McKenzie says he favours spending $900,000 annually on the problem for ten years or so.

“That would allow us to make reasonable inroads into addressing local wilding conifer issues.”