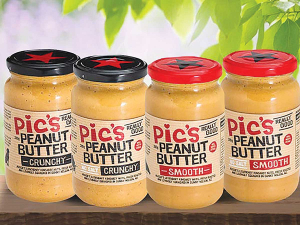 Local peanut butter producer Pic's and MPI have teamed up to investigate Northland as a viable place to grow peanuts.

NZ peanut butter producer Pic’s and MPI have teamed-up in a project to investigate Northland as a viable place to grow peanuts.

Food company Pic’s Peanut Butter has kicked off a project to look at the feasibility of growing peanuts commercially in Northland, with backing from the Ministry for Primary Industries (MPI).

The $91,320 project is led by Picot Productions, with MPI contributing more than $59,000 through its Sustainable Food and Fibre Futures fund. Research expertise is being provided by Plant & Food Research.

The project will trial growing peanuts in three locations: Ruawai on a kumara farm, Poutu Peninsula near Dargaville, and on Māori land in the Kai Iwi Lakes district. If successful, peanut farming could bring new employment opportunities to the Northland region.

“A soil temperature of around 18 degrees is ideal, so the window for getting the peanuts in the ground and harvesting them is small.”

The trial peanuts were planted in late October and are expected to be ready for harvest within 16 to 20 weeks.

Spanish Hi Oleic peanuts, which have smaller kernels and reddish-brown skins, have been identified as the most appropriate cultivar for Northland conditions.

“This type of peanut is most widely used in confectionary and snacks, as well as peanut butter products,” says Graham.

“Their high oil content makes them ideal for crushing.”

He says the team doesn’t expect the project to be plain sailing. They will need to deal with aspects like weed control and pests.

“It has always felt a little weird to be making an iconic New Zealand product with imported ingredients,” says Pic Picot, Picot Productions owner and founder.

“These trials have the potential to make a very real difference to our carbon footprint and redirect the millions of dollars we spend on imported nuts to Northland.”

MPI investment programmes director Steve Penno says MPI is excited to be involved in a project that could lead to a new industry in New Zealand and help boost the local Northland economy.

“This project fits perfectly with our goal of funding projects that will make a positive and lasting difference,” he says.

“This project has the potential to lead to a new industry in Northland, which will bring new value into the region and create more jobs for New Zealanders.”