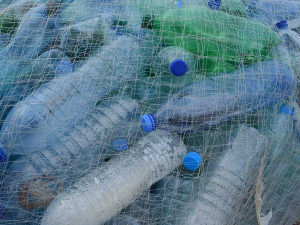 That’s the findings of a recent New Zealand consumer study. A partnership between life science company Bayer and the NZ Nutrition Foundation (NZNF) released the insights from its inaugural Bayer Food Focus Project, which looks into NZers’ eating behaviours and food consumption.

Findings from the survey indicate that respondents identified the amount of plastic packaging as their top concern when making decisions to buy food and beverages. Some 42% of respondents rated it as ‘extremely’ or ‘very important’. However, this figure dropped substantially when respondents were asked about environmental sustainability.

The study also highlighted that older participants were less likely to rank environmental sustainability as an important factor when deciding on food. 45% of people aged 15-34 years stated that food being produced in an environmentally sustainable way was either 'very' or 'extremely important' to them, compared to only 29% of those aged 55 years or more.

The project consisted of two key parts: the first Australasian pilot study conducted by Auckland University of Technology (AUT), using the new innovative Veggie Meter device to establish a benchmark of Kiwis’ vegetable and fruit consumption via a fingertip scan; and an online questionnaire with 1346 adult respondents, to understand which foods New Zealanders are most commonly consuming and why.