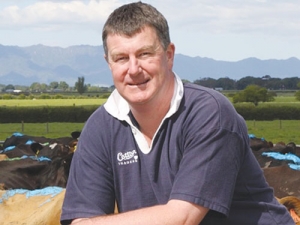 Despite PGG Wrightson's half-year earnings being down on last year's record – the rural services company still posted its second-best result in nearly a decade.

Gains in some divisions were offset by weaker trading in others. The retail business lifted Ebitda to $24.8m from $24.3m on slightly lower revenues. Horticulture and the performance of the Fruitfed business were particularly strong in the first half, Dewdney added

Livestock Ebitda was $2.6m, compared to $3.35m a year earlier – with the company blaming the decrease on no live cattle exports during the period. Domestically, cattle and sheep tallies were higher, but sheep prices were lower and dairy volumes were lower.

"The net effect was neutral, with earnings from domestic livestock overall in line with the prior period."

PGW says a wet spring in South America had hurt its seed and grain earnings where earnings fell to $11.7m from $13.5m. However, the New Zealand seed business was strong with farmer demand for forage and crop seeds – notably brassica and fodder beet for winter feed. Demand for summer feed such as chicory was also growing.

The company has stuck with its earlier guidance of full-year profit in the $61m to $67m range, but Dewdney warns that market conditions may push the final figure to the lower end of this range.

He says the sheep and dairy sector sentiment has deteriorated over the last three months, but confidence remained strong in horticulture. The second half of the year was typically the biggest for livestock trade.

However, Dewdney says higher processing figures in the first half – because of hot, dry conditions in many areas and the expectations for an El Nino weather pattern – are likely to produce lower trading volumes this financial year.