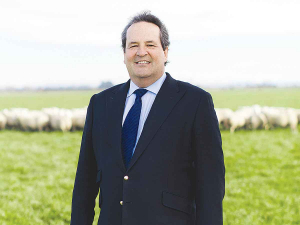 The sale of its seed division to the Danish owned DLF Seeds helped the listed rural services firm to a record after tax profit of just under $132m in the year to June 30.

PGW distributed $234m to its shareholders from the proceeds and set up a strategic partnership with DLF, which continues to use the PGG Wrightson Seeds brand.

Chairman Roger Findlay said it would continue to work with PGG Wrightson Seeds to bring its products to PGW customers and the seed category would remain profitable for its retail business.

The 2019 financial year was operationally challenging for PGW, Findlay said.

“Farmer confidence in parts of the agriculture sector remains subdued, constraining farm spending and so our revenue growth over the year.” Recent months had seen a tightening in the credit environment, he said.

There were also strains within PGW, including a small increase in overdue debtors and increased provisions for doubtful debts. As a result, PGW finished the year slightly under the lower end of its operating EBITDA guidance range of $25m.

Mycoplasma bovis (M. bovis) affected PGW’s Livestock and Rural Supplies businesses, with a drop in the number of dairy herd settlements, tallies, less demand for dairy beef and a “more cautious approach to spending in the dairy sector across a range of farm inputs”. It was also a tougher year for real estate and wool.

It was a similar story in sheep and beef markets: PGW’s Fruitfed business benefitted from rising conversion of livestock farms to orchards and vineyards, especially in Northland and Marlborough.

Chief executive Stephen Guerin said farm conditions were mostly positive, helped by above average rainfall and temperatures and strong pasture growth in many regions. The weather was less kind to horticultural and arable customers though, with cool conditions during key times during spring affecting pollination and a hot, dry summer limiting the yield potential of harvests.

As a result, production estimates were a mix of good and bad news compared to the 2017-2018 season.

Commodity prices were generally strong, especially in NZ dollar terms but the impact of M. bovis on dairy and beef and “the pace of regulatory change that affects the agriculture sector” was keeping farmer confidence low, Guerin said.

The proposal to increase the amount of capital banks are required to hold had the potential to reduce the amount of debt capital which might be available to agriculture.

“As a result, we are seeing a more cautious approach to investment and expenditure by customers most impacted by these factors.”

Net group cashflows were $199m, a figure which mostly related to the cash received for the sale of Seed & Grain, leaving a cash balance of $210m at June 30. Net cashflow (including the Seed & Grain business), prior to sale, from operating activities was a $49m outflow.

PGW negotiated and entered into new bank facilities in July 2019 providing for core facilities of up to $50m and a working capital facility of up to $70m.

Findlay said that after the sale of PGG Wrightson Seeds, the board made changes to head office roles and back office set-up “to best serve customers and our re-sized operation.” The company expected the benefit of reduced costs to flow through progressively, with estimated savings exceeding $2.5m in the 2020 financial year.

The days of poor returns and results by rural services company PGG Wrightson (PGW) are over - for now.

Healthy half year for PGG Wrightson

Rural services company PGG Wrightson’s (PGW) net profit leapt 41% in the first half of the current financial year to $18m – up from $12.8m for the same time last year.