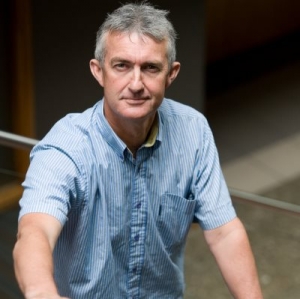 The Waikato Innovation Park has brought $16 million of establishment funding into the region and employee-related benefits from those working at the park have contributed more than $100million to the regional economy.

That's according to a 10-year economic impact report, carried out by the Institute for Business Research at the Waikato Management School, which outlines the park's direct and indirect contributions to Waikato's economy since its establishment in 2002 through to 2012.

In addition to quantifying the park's decade of economic contributions, the report estimates future contributions. One of the most significant is from its milk powder dryer which was launched in 2012 to help food companies with new product development. Within the next three years the report estimates the dryer will contribute an additional $63m in milk powder exports to the region.

Current and projected employee benefits, which have been based on an average remuneration package of $100,000 and a multiplier of 2.4, are forecast to contribute a further $20m over the next three years. Employee numbers are also expected to nearly double to 800.

Led by Waikato Management School Professor Frank Scrimgeour, the report builds upon an economic impact study conducted in 2007 which analysed the park's first five years of operation.
Professor Scrimgeour said the report confirms that the park's annual operating revenue has improved consistently over the past 10 years.

"Consequently this is improving the park's future economic viability and is leading to an improved equity situation, improved asset values and the potential to expand with new buildings, tenancies and initiatives like the new milk powder spray dryer."

Waikato Innovation Park chief executive Stuart Gordon said the Park had grown from an idea with no staff and no physical assets to an economic entity with a balance sheet of total non-current assets of $22.6M in 2012.

"The core facilities building was completed in two stages over 2003 and 2004 and the Tetra Pak building was completed in 2009," Gordon says. "Today the park hosts around 54 companies employing 420 people – and there is a waiting list of tenants who would like to be based here. We're planning for the next stages of development and the next five years will be an exciting time of sustainable growth."