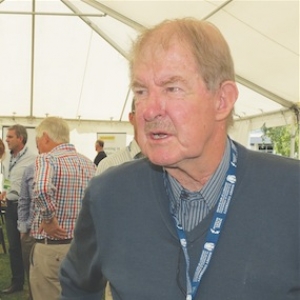 He says the move has come late given that East Friesian sheep (the main milking breed) have been out of quarantine for nearly 20 years. The other milking breed, Awassi, is still held tightly by Saudi interests, he says. Another breed, the French Lacaune, could possibly be imported.

“Sheep milk is a totally different product: it’s not as tough on the environment and we can have systems just as profitable as dairy because of the high level of milk production. Sheep cause less pugging of the land and their effluent is not as great as a dairy cow’s.”

An economic unit of sheep milkers would be about 600 ewes. They must be fed well, like cows, to obtain good milk yields.

“It’s fantastic to have a group at Massey wanting to get involved in research,” he told Rural News. “Looking around at places such as Lake Taupo where they are restricting nitrogen runoff, sheep dairying could be a major opportunity.

“We now have dairying in the Mackenzie Country; sheep milking would fit in there quite well.”

Has AgResearch got it right?

A former director of AgResearch, Dr Jock Allison, remains unconvinced about the validity of the AgResearch strategy that has driven changes in personnel.