No luck for Irish contractors 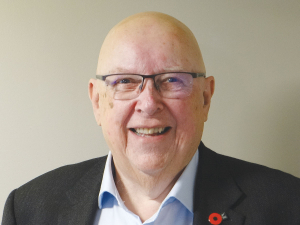 Ireland, often a source of skilled farm machinery operators for rural contractors in New Zealand, is facing even worse driver shortages than NZ.

FCI Ireland, representing farm and forestry contractors, has told the Irish Government some of its members will have to shut shop unless immigration rules change to allow NZ, Australian and South African operators to work there.

“We are now facing a major shortage of seasonal machinery drivers. We know that many young Irish men go to NZ in our winter months, September to March, to work with NZ contractors,” he writes.

“Please let us know if there are young men available with these tractor skills that have worked with machines similar to the ones we use in Ireland.”

Moroney has told his RCNZ associate Roger Parton that it would make sense longer term for the two contracting bodies to join forces in a seasonal exchange of drivers.

“This could provide these men with an interesting life and year-round work for their special skills, which are much appreciated by contractors here in Ireland.”

He said farm contractors in Ireland turn over about 700 million Euros (about NZ $1.2 billion), employ close to 10,000 people and operate about one third of the national fleet of 20,000 tractors.

“We believe that without a temporary seasonal employment permit scheme in place, some farm contractors will be forced to cease operations entirely,
due to skilled farm machinery operator [shortage], putting a threat to the prime mechanisation source that adds valuable and essential value to Irish farming and the Irish food industry.’’

The FCI has sought information from RCNZ on its AIP scheme and how it worked. It wants to get a similar scheme in place in Ireland with the ultimate goal of getting some form of national registration.

RCNZ chief executive Roger Parton says while NZ’s situation is not as dire as Ireland’s, a major part of his job is bringing together the annual agreement in principle (AIP) with Immigration NZ and Work and Income NZ, which allows mostly Irish and UK machinery operators to work here in our summer season.

“Every week we get asked by contractors if we can help them find experienced operators,” Parton says.

“We hope the Government’s proposed move to employer-led immigration arrangements in rural areas will assist, but that remains to be seen. We are happy to work with our Irish counterparts to help provide year-round work – a win-win for both countries, especially if the governments align.”