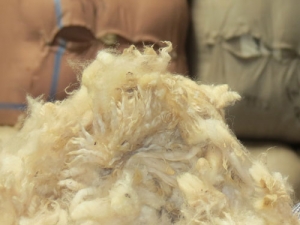 The auction, which offered 6800 bales, was made up of 80% short second shear wools.

Despite a weaker New Zealand dollar compared to the last sale on June 25, with the weighted currency indicator down 1.96%, the bulk of the offering was firm to 2% easier.

Dawson says that the seasonal slow-down is due to the approach of European vacation period and well-stocked supply lines in China. This is limiting new orders for wool temporarily.

Good colour coarse fleece were 1.5% down with average style firm to 1% firmer.  Poor styles were up to 1% cheaper.  Longer coarse shears were firm to 1% dearer with good colour short types firm to 3% dearer.

Oddments ranged from 2% cheaper to 3.5% dearer.

The next sale on July 16 comprises about  7800 bales from the South Island.