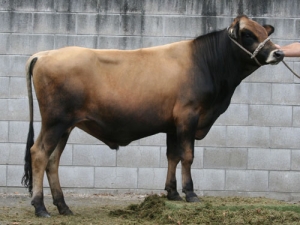 The herd improvement company has recently widened the focus of its tropical dairy genetics scheme, which has sparked the interest of a handful of Northland-based farmers.

A number of New Zealand farmers dealing with sub-tropical environmental conditions have since started using the crossbred option.

"Results show that in Northland, 34% Sahiwal, 66% Friesian cows in a once-a-day system produced up to 1kg of milk solids per day for the first 100 days of lactation. 20% Sahiwal cows produced up to 1.3kg milk solids in the same system," says Beatson.

"If used in the sub-tropical regions of New Zealand, a proportion of Sahiwal and Gyr genetics across Friesian and Jersey cows could help combat warmer temperatures resulting from climate change."

CRV Ambreed and PGG Wrightson have worked together for 30 years to successfully import and cross Sahiwal semen to breed dairy heifers for export. Their joint programme resulted in a number of crossbred bulls that have progeny in New Zealand.

CRV Ambreed is currently marketing one bull, 'Flip-Flop', whose breed make up is 18% Sahiwal, 50% Jersey and 32% Friesian. Flip-Flop will leave cows that are 9% tropical, meaning they carry the benefits of heat tolerance and tick resistance.