Drafting can be set up from anywhere 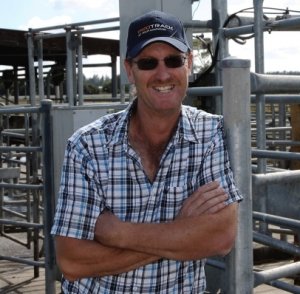 A new innovation means farmers can set up drafting of cows for the next milking from wherever they happen to be, and in the time it takes to send a text.

"Farmers generally know ahead of time what cows they need to draft out at milking," Rob Ford LIC's general manager Farm Systems says.

"Until now, they've only been able to set the drafts up, from the farm dairy – but now they can do it remotely.

"Farmers simply enter the cow numbers into their device and the direction they want to draft them, and then once they get back within range of their shed it will sync with their new Protrack Drafter system and they're good to go.

"Milking will take place, as normal, and Protrack Drafter will draft those cows out, as instructed, and the job is done."

Ford says more and more farmers were utilising technology such as iPhones and iPads on-farm, and the new Drafter system incorporates a number of enhancements and new features that they have asked for.

"They have asked us to develop applications for these devices which enables them to organise things like drafting ahead of time, from anywhere they happen to be – the bank, the supermarket, or even the pub."

The system takes the hassle out of drafting cows by identifying their EID tag as they leave the shed after milking and drafting them as instructed, automatically.

"It's a simple, low-cost solution for farmers who want the benefit of farm automation, and what can best be described as an extra pair of hands, at a very moderate price," Ford says.

Ford says the new Protrack Drafter system was developed in response to farmer feedback, and was trailed on a number of farms across New Zealand before being released.

Nick and Wendy Vollebregt took part in the trial last year on their Kiwitahi farm, and they enjoyed testing the mobile application on their iPod Touch.

"We installed the original Protrack Drafter in 2011, but LIC wanted farmer feedback on how it could be improved, and we were really pleased to be involved.

"The new features make it really user friendly and the mobile application is really good. It means I can be out in the paddock and see a couple of cows I want to take out at the next milking, and now all I have to do is enter their numbers into the system from my iPod Touch and it's done. I don't have to remember the numbers; I just do it as I see the cow in front of me.

"It's also really handy for when I have all the cows in the yard, and see one that needs drafting."

Murray Fox (pictured) also participated in the trial on his Gordonton farm, and was most impressed with the revamped milking screen for in the pit.

"It'd be worth spending the money to upgrade to this new system purely for that milking screen.

"It shows you all the information you want at milking – which cows have been drafted, which cows are due and total cow numbers, and it all pops up as a notice when a cow goes through the gate.

"One of the suggestions from the user group I was in was a clock, and now it's there on the screen.

"They've also made it so that you can name draft schedules, like AI cows, and they've added in a place for you to enter notes, which is a really great idea. I can remind myself about things to do tomorrow or when the vet is coming."

Murray says Protrack solves all the drafting problems, and gives him more time to play golf.

"With any manual drafting system, you always have to find the cow and then remember to physically draft her. But with Protrack, all you have to do is tap the numbers in and it doesn't matter when she comes in during milking, Protrack finds her and drafts her out – and I get to finish milking on time because I'm not chasing around after a cow that I missed."