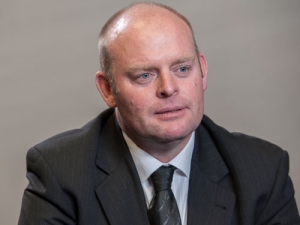 Coull was first elected to the council in 2010 to represent Fonterra farmers in Otorohanga. For the past 12 months, he has served as the council’s deputy chair.

Coull says it is a privilege to be elected and thanked councillors for their ongoing support.

“I am very aware of the responsibility I have not only to Councillors but to all Fonterra farmers and am committed to ensuring their views are represented and their interests are protected through effective monitoring and strong representation.”

Coull succeeds Ian Brown who decided not to stand for re-election after a successful three years in the role.

“Ian put a tremendous amount of time, energy and unwavering commitment into the role to the betterment of all our farmers and in doing so brought stability to the Council and guided it through what was a pivotal time for our Co-op,” says Coull.

“Ian is one of the Council’s strongest advocates and I will strive to build on what he has started. Ian will continue in his Shareholders Council role and represent farmers in South Waikato for the duration of his three-year term.”

Coull says that moving forward it was important the Council continued to earn the respect of the co-op’s farmers through its actions.

“With the volatility we face in our industry it’s important that farmers understand they have a representative body within Fonterra which, backed by the Constitution, works to ensure their views are heard and their interests as owners of the co-op are protected.

“I am committed to continuing our strong working relationship with the board as having honest dialogue at this level enables us to function most effectively as farmer representatives,” he says.