Farmers ‘up in arms’ over M. bovis surge 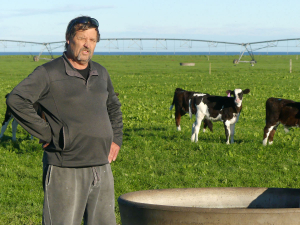 A Mid Canterbury farmer who has already lost his dairy herd to Mycoplasma bovis believes MPI is repeating the mistakes it made last year.

Frank Peters says the region’s farmers are “just bloody up in arms” about the surge in M. bovis notifications.

Peters says MPI was told last year to make sure it had everything done before the change of season, yet here was a surge happening at the start of May.

“Suddenly now they’re hot on the case again? Well, come on, you’re supposed to be on it all the way through,” he told Rural News.

Peters has restocked after destroying 1220 cows last year. Although his farm is self-contained with its own winter grazing, he says the new insecurity for those who needed winter grazing, and for the graziers, was “horrendous”.

Meanwhile, he is still waiting for compensation money “but that seems to be normal practice”.

“That seems to be the worst part about it,” Peters added. “They say compensation is like-for-like, but we will never ever be like-for-like when they finish this.”