How to prepare for a changing climate 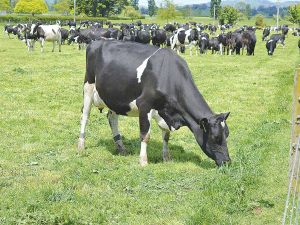 Provision of more shade and shelter will be needed on pastoral farms.

Pasture production is projected to increase slightly over the next 80 years, with a shift in production towards spring and away from late summer, says the new climate change research, focused on impacts on farm systems.

The research findings suggest that pastoral farmers will probably see a small increase in overall pasture production in many regions of the country, due to increased carbon dioxide encouraging plant growth.

But this will come with a shift in production towards wetter springs and away from dryer late summers.

Higher temperatures will pose a greater risk to livestock production, with more days where heat stress may occur.

The research partnership between two National Science Challenges, Our Land and Water and the Deep South Challenge: Changing with our Climate, will help scientists, regional councils and industry bodies understand the potential impacts of climate change on pastoral, arable and horticultural farm systems, and identify appropriate adaptation measures.

Analysis with two models both gave consistent results for the slight increase in pasture production and shift in seasons for growth.

The report also identified for dairy, sheep and beef that heat stress will be an increased risk for animal health, with about two additional weeks of risk for moderate heat stress by the 2090s, and a more pronounced risk of severe heat stress.

Provision of more shade and shelter will be needed.

“Nitrate leaching will be higher and more variable. The most noticeable increase modelled was in the Southland case study, where annual leaching was modelled to increase significantly due to more spring rain and more frequent extreme rainfall events.”

More research is needed to confirm the trend. In the Hawke’s Bay case study, year-to-year variability was most extreme in free draining soil.

The report says for the arable sector change may have minimal effects on maize yields (except for a slight increase in Hawke’s Bay) if crop management is adapted to reduce risks of yield loss.

“For example, maize crops may be sown earlier in spring to minimise negative impacts on yield caused by faster reproductive development that shortens the crop cycle.

“Earlier sowing dates will enable the use of long-cycle maize hybrids for additional growth period, or the earlier establishment of autumn-sown crops such as wheat, forage oats and Italian ryegrass for additional winter production.”

The report says pressure on fresh water is likely to increase.