Is dairying off the radar? 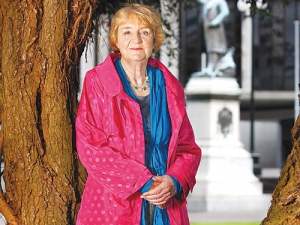 Climate change, pests and erosion -- rather than dairy --have been singled out by the parliamentary commissioner for the environment as the big issues facing the land in NZ.

But Dr Jan Wright also notes that water quality caused by dairying is also an issue in some areas.

In her latest report on the environment, Wright says a century of clearing bush on unstable hill country has left a legacy of erosion with an enormous amount if topsoil being washed into waterways.

She says vast areas of the North Island east coast are particularly bad and while trees have been planted to stabilise soils in some areas, this has had little overall effect at a national level. The problem is likely to get worse, says Wright, with climate change projected to bring more heavy downpours that will exacerbate the problem.

Wright has much to say on fresh water, pointing out that lakes in particular are vulnerable to the impacts of sediment as well as nitrogen and phosphorous.

Especially worrying her is the accumulation of sediment in estuaries, and she has a view on the effects of farming on rivers.

"Rivers that are pristine inland become increasingly degraded as they flow down developed catchments. The conversion of sheep country and forests to dairy land has greatly increased the amount of nitrogen in freshwater, where together with phosphorus, it fertilises unwanted plant growth. Throughout the country, wetlands – the 'kidneys' of catchments – have been cleared and now occupy only a small fraction of their former extent.

"Changes on farms such as spraying effluent onto land, fencing and bridging streams are helping reduce pathogens, sediment and phosphorus pollution. But it is much harder to stop nitrogen getting into water, and impossible to stop the 'load to come' – the nitrate in groundwater that has accumulated over decades and is slowly making its way to lakes such as Taupo."

Wright notes that the debate about water quality has become less polarised over the years and there is now an increasing focus on finding solutions. But she says the proof of this will be in the pudding.

Climate change is regarded by Wright as the number-one issue and given the past year with its unusual seasonal variations few farmers could disagree with her.

Much of the report is devoted to a critique of a report on the environment last year by the Department of Statistics and the Ministry for the Environment.