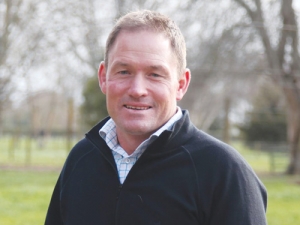 LIC has all of the top five bulls. It also has eight of the top 10 and 11 on the Jersey RAS list (15 rankings total). Of the 11, nine are new graduates which "illustrates the change in LIC's momentum," the company says.

"As a dairy farmer myself who is passionate about farm profitability, and particularly at times like these, I want farmers to have the confidence that Jersey Premier Sires will give them the best value, at around $19 in the cow for a 400-cow herd for the average farmer.

"The Premier Sires liquid semen is the most cost-effective way to provide genetic gain to our farmer- shareholders. They can be confident the majority of the industry's top Jersey bulls are now within the LIC Premier Sires team," Ellis says.

LIC has now had the top five Jersey bulls on the Jersey RAS list for the last three consecutive animal evaluation runs. The RAS list ranks the bulls from all the companies that provide inseminations to dairy farmers nationwide. The latest list was released on April 2. The list is administered by DairyNZ.

LIC will hold Jersey field days for farmers to share the latest information, give updates on its Jersey breeding and explain related aspects including LIC's new once-a-day selection index.

There will be seven field days in five regions: Northland, Waikato, Taranaki, Manawatu and the West Coast. The first is in Taranaki on April 12 and the last on May 3 on the West Coast.

Ellis says LIC had improved the performance of its Jersey bulls a lot over the past five years.

"We have brought a return-to-basics mentality to our breeding scheme, with emphasis on strong, deep cow families; our bulls are graduating from that. We have made a fundamental shift in quality and we will continue to develop that."

Ellis says the many new graduates appearing on the RAS list confirms that LIC is focussing on the right things in its breeding programme.

The top five bulls on the Jersey RAS list are all new graduates in the current season, from LIC's Sire Proving scheme.

The top bull on the Jersey RAS list is LIC's Chardonnay Frankie, with a breeding worth of 270. Breeding worth is the expected economic ability of an animal to breed a future replacement.