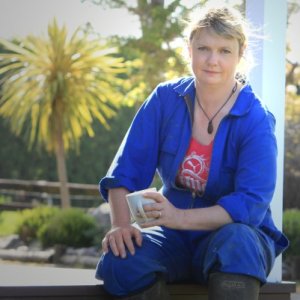 The chair of LIC's Shareholder Council, Jenny Morrison, is urging shareholders to have a say on the future home of what's commonly known as 'the core database'.

The core database, which holds raw data relating to New Zealand dairy herds, was developed by LIC in the 1980s, on behalf of the dairy industry. A comprehensive review of the herd improvement movement (chaired by Professor Robert Anderson) in 2009 recommended the management of the core database should be transferred to industry good organisation, DairyNZ.

Morrison says the Shareholder Council is in agreement with the LIC Board that the transfer is a good thing for LIC.

"LIC has always been the most logical place for the core database to lie but now that we have an industry good body it is more appropriate to transfer it to a management structure independent of any commercial herd improvement organisation," she says.

"Over the years there has been a perception that LIC obtained a commercial advantage through its management of the core database. This perception has been tested a number of times by the Commerce Commission and the Courts and consistently found to have no basis – but the perception remains.

"Transferring the core database to DairyNZ will free LIC from the distraction and cost of defending its objective management of the core database and let our cooperative concentrate on its core purpose – which is to help farmers become more efficient and profitable by genetically improving their animals and providing information, systems and technology that makes it easier to farm.

Morrison says the resolution to transfer the core database is one of a number which will be put to shareholders at the cooperative's annual meeting on November 14.

"Traditionally, we don't get a high voter turnout but it is important that shareholders take responsibility for their co-operative and the Shareholder Council is encouraging all shareholders to exercise their rights to vote either electronically or at the annual meeting."

Answers to farmer questions on the proposal are available on the LIC website (www.lic.co.nz) and Morrison encouraged farmers with additional questions, to ring their local Shareholder Councillors or Director (whose contact details can be found on the LIC website).