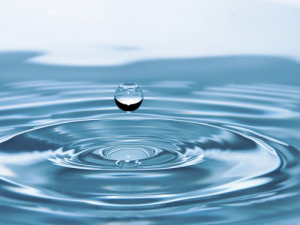 Water vapour is responsible for at least 70% of the ‘greenhouse effect’, says two scientists.

Water vapour is responsible for at least 70% of the ‘greenhouse effect’, while methane and nitrous oxide — New Zealand’s supposedly ‘nasty’ emissions – are “virtually irrelevant” as contributors to any global warming effect.

So say two scientists, a New Zealander and an American, authors of a paper highly critical of the tack most politicians and many others are taking on climate change.

They are former MAF senior scientist Dr Jock Allison and Dr Thomas P. Sheahen, chairman of the Science and Environmental Policy Project, based in Virginia, USA.

“Water vapour and clouds are responsible for 80-90% or more of the GHG (greenhouse/warming gas) effect,” say Allison and Sheahen.

“Carbon dioxide has a finite influence and is in fact the gas of life. Doubling the level of carbon dioxide in the atmosphere would most likely result in about a 30% increase in plant growth, a terrific boon to food production.

“Increasing the concentration of carbon dioxide in the atmosphere is not such a potential warming problem for the world, as is frequently promoted in the scientific literature, by governments and the media.

“And of all the carbon dioxide going into the atmosphere each year, 5% or less is [human caused] in comparison with methane, about 40% of which is from natural sources; and similarly, estimates of naturally occurring nitrous oxide are about 60%.

“So trivial are the effects of methane and nitrous oxide (reckoned about 50% of total New Zealand emissions) that their effects as infrared-absorbing GHGs (greenhouse/warming gases) must be “seriously questioned”, as also should the “quantitative role” of carbon dioxide.

Allison’s and Sheahen’s paper will be published in the Institute of Primary Industry Management Journal later this month.

Stop all this expense!

The global warming potential of methane and nitrous oxide are so “vastly overstated” by the International Panel on Climate Change (IPCC) and by member governments of the UN Framework Convention on Climate Change (UNFCCC), that New Zealand should remove these gases from its greenhouse gas inventory and prepare a supporting case for this to negotiate with its international partners, say scientists Jock Allison and Thomas Sheahen.

“And there’s a much bigger prize at stake,” they say.

“Carbon dioxide has only a small part to play in global warming/climate change -- no more than 20% of the total greenhouse effect -- and the effects of methane and nitrous oxide are trivial.

“This means there is an urgent need to stop all this expensive concentration on ‘climate change’ and be rid of the naivety of assuming that human beings can control and/or stabilise [the planet’s] climate.”

In the ‘engine room’ of their paper, Allison and Sheahen explain that the molecular structure of methane and nitrous oxide limit their warming effect; so do their concentration in the atmosphere and the minor amount of energy falling within their very narrow absorption bands. “They are ineffective GHGs,” the authors say.

Present political assessment of the effectiveness of methane and nitrous oxide as GHGs rests on four serious discrepancies, Allison and Sheahen assert:

1) The similar molecular structure to carbon dioxide and water, nitrous oxide and methane result in their individual capability to absorb radiating heat from the earth of a similar order of magnitude.

2) There are very tiny amounts of methane and nitrous oxide in the atmosphere.

3) The earth emits very little energy in the energy band where both methane and nitrous oxide can absorb radiation.

4) The absorption bands of methane and nitrous oxide are narrow and small, thus these molecules are unable to materially contribute to the dominant role of water vapour in the heat transfer process.

“These factors drive the potential impact of these gases down to vanishingly small values.

“Based on the information presented, we conclude that the GWP value [as estimated by the IPCC] of 25 (and rising) for methane, and between 265 and 310 for nitrous oxide, is incorrect.

“Thus the generally accepted GHG effects of methane and nitrous oxide -- almost 50% of the total NZ emissions -- must be seriously questioned.”