Great farming systems will surely save the planet 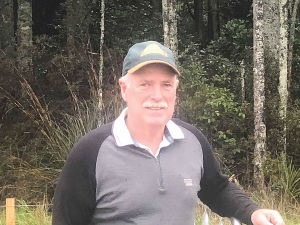 OPINION: People need to get their knives out of farmers’ backs and look at the science.

Since the dawn of civilisation, farmers have cultivated land to produce food for their fellow humans. Without farmers, people would still live in roaming tribes, gathering food across the landscape. But in the millennia since the first tribe settled in one place and began growing crops and grazing animals, farmers have perfected the art of nurturing the land for high productivity.

Farmers are rightly proud of their heritage as the backbone of civilisation and their ability to produce real food with maximum efficiency for a growing world population, adapting to change and using science and innovation to become ever more effective.

But it increasingly appears that farmers are no longer considered the good guys. Somehow, they now seem the scapegoats for all that is wrong with the world — despite scientific evidence to the contrary. And the doom and gloom merchants pointing their fingers have very strong opinions on the future of farming. Farmers are sceptical of being led up the garden path by these pessimists but want guidance to choose the best course of action.

Thank you all for your support, ideas and thoughtful responses to my last opinion piece on the need to drive farming systems forward (click here to read). I say farming systems because there are as many different systems as there are farmers. It’s not what is right or wrong for your land, but what is better. What we can do to appease the gloomy brigade’s chorus is demonstrate that we as farmers can do better — if we are provided with outcomes which suit all, and which are founded on science or are a naturally good fit with our resources.

The answer is growing right under our feet: the pasture we grow on the soil we tend. Real farmers will not sacrifice good land for trees which, in fact, often cause the loss of mountains of soil and tree debris after harvest or during wildfires.

When comparing ways to sequester carbon, i.e via trees or pasture, the debate is flawed because trees take more time — about 40 years.

The increased soil fertility and other benefits is the exact case with many of our farmed soils: Waikato sands, central North Island pumice lands and riverlands in the North and South Islands. Where once these lands had little topsoil, they are now rich soil -- growing in depth and laying down carbon.

Farming should not be done on a cliff edge but it must be done in such a way as to avoid processes or systems that possibly lead to less desirable outcomes. Before farmers are asked to change their systems, they need definitive proof that such change will be better in all ways, while being more profitable.

The great upside of getting soils to hold more carbon is that it requires farmers to continue farming at a high level of stocking, feeding and production. This will also drive profit and sustainability.

But while farmers can increase soil carbon through long-term high stocking and highly productive grazing farms, it must be continuous.

Carbon stored in trees and timber is many times more likely to be burnt and released through wildfires, than through a top farmer losing his or her will to farm. Or trees blow over, as in the picture below -- a waste of hard work, lots of carbon used, then burnt and released. Give me grass any day.

For many reasons, trees are not a permanent carbon sink and should only be used on poor class land.

To farm better means looking at 100 aspects of farming and doing all better: 100 small gains will equate to massive overall improvements.

Just by checking on one aspect of farming it clearly shows that there are scientific solutions which are not being used in New Zealand or indeed even being suggested to farmers as a part answer for green house gas emissions and carbon sinks. Carbon sinks using highly productive grazing land are a great possibility which will have huge positive impact with little inconvenience to farmers, while increasing their profitability.

This should lead to interesting debates. For example, a farm system expert may reject a new solution as unworkable because it either doesn’t fit his/her view of a farming system. Or the area may not continue to be farmed and all that stored carbon will be released when farming ceases. It will still release less carbon than a forest on fire.

People need to get their knives out of farmers’ backs and look at the science. We need a coordinated approach based on science rather than politics, ideas with a longer-term view on land use rather than what is trending. Closing off areas of land to production won’t do it any favours. Plant trees, they cry. But trees will destroy otherwise productive land, mining the topsoil of minerals and turning soil acidic. Grow crops, they cry. But hoeing and ripping also damages the precious soil essential for life on earth. And certainly there are poor animal grazing systems that will damage soil too.

Small changes to farming systems will be easily implemented with advances in knowledge, but will this be enough to keep up with the gloomy brigades’ ever-changing desires?

What is the New Zealand farmers’ preferred system? There is no single answer.

Our farmers have always and will always adapt their systems to what is available to them and what works best for them. Farmers need to be offered outcomes and stimulus with many options for improvements. But in the meantime, consider this: could it be that dairy grazing done well is the best option for the growth of topsoil and storing carbon?

• Tom Pow is the founder of Herd Homes.