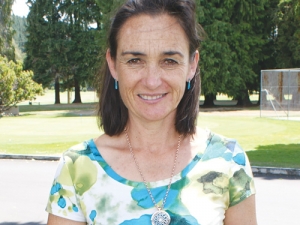 By 2025 the NZ dairy industry could be emitting 25% less greenhouse gases, 40% fewer pathogens and nitrogen, and earning 60-100% more profit.

It will be an industry that can pride itself on being the "farmers' market for the global village".

This is the hope held by veterinarian and agri-ecology consultant Dr Alison Dewes, and she gave delegates at a recent seminar sponsored by Sollus NZ an insight into the challenges the industry faces in achieving that.

Drawing upon her experience as a farmer, veterinarian and consulting expert witness for regional councils, Dewes said the dairy industry had to ask itself how much more it could intensify.

She pointed to predictions that schemes such as the Central Plains Water irrigation scheme in Canterbury would result in a 29% increase in nitrogen in waterways. Thirty percent of the region's shallow wells had already experienced an increase in nitrogen and pathogen levels within 10-15 years of irrigation on shallow lighter soils.

"And out of 99 sites monitored in Canterbury, 42% show the presence of faecal material and are classed as risky for swimming."

However she also cautioned there is a risk things will get worse before they get better. She pointed to a proposed government review of water quality standards that could see the 'bottom line' level of coliform in water increase 400%.

There was also growing conflict between established long term farmers in Waikato who may have to reduce their nitrogen losses by 30% where thousands of hectares of new pine to dairy conversions continue to occur. This was to counter the additional 30,000ha of converted land that has come on-stream in the last few years, and that was in addition to the 29,000ha converted between 2003-12.

Dewes says farmers were receiving mixed messages from Government and councils on how to manage nitrogen reductions. As the subject of NZ's first nutrient mitigation scheme, Lake Taupo had used 'grand-parenting' of rights to nitrogen losses. But this was a very defined catchment.

"And such an approach tends to reward polluters and penalise innovators. It is not a fair way to allocate polluter rights, and regional councils are weak at enforcing them."

She urged farmers to push harder for greater investment in Overseer, the only tool available at present capable of calculating nutrient losses.

"Given our national reliance upon it, the reality is it needs significant investment and increased transparency as to how it works, now."

Given how hard much of lowland NZ's pastoral systems were already working, Dewes challenged Fonterra's chief executive Theo Spierings, who insists that NZ has the potential to continue expanding over the next decade.

Spieirings stated in October 2014 that 60% of expansion would be based on conversions and more cows, and 40% on more productivity. He disagreed with the Environment Commissioner's comments that more dairying means a drop in water quality, and said he believed NZ dairying could grow for the next 10 years by 2-3% a year.

She has worked with farmers achieving a 6-8% return on investment who are only losing 20-25kg nitrogen/ha, against the Waikato average of 40kg/ha.

"We have a lot of farm systems running 20% or more cows than optimal."

"But this will be unique to each farm, so needs considered marginal analysis that balances resources, capability and cows.

"We are starting to see two herds develop on farms, a marginal herd – where costs to run those cows costs more than they return -- and a profitable herd that is sustained by the natural capability of the system."

Changes to make NZ dairying the first stop for higher value boutique consumers would revolve around a lower intensity system.

"It is likely we will see more varied forages, including assorted herbs and grass alternatives to ryegrass, enhancing more productive/profitable cows in an optimal state of wellbeing to ensure more milk from fewer cows.