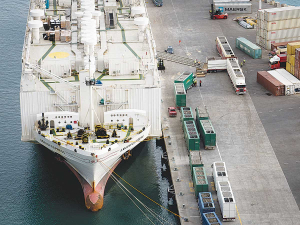 An animal rights group is incensed by the Ministry for Primary Industries’ (MPI) decision to hire a new animal export manager.

A listing for the job, which was uploaded on 30 November, comes amid a review of live exports that was announced by the Government back in June 2019.

“The ministry is operating as if they already know what the outcome of the review is,” she claims.

Atlas says that while the Prime Minister has expressed concerns about live export, “all the signals her Government and MPI are sending suggest this is a trade that will continue.”

The advertisement refers to a ‘period of growth’, which SAFE claims will mean a continuation of live exports.

Rodwell says the ad refers to the need to deliver on additional conditions and requirements set out in the Heron Review. This was released in October this year, following the tragic loss of 42 people and thousands of cattle with the sinking of the Gulf Livestock 1 off the coast of Japan in September.

Rodwell says that live export not only refers to the transporting of cattle by sea.

“New Zealand exports a range of live animals, mainly via air to support developing countries including our Pacific neighbours.”

Rodwell adds that MPI’s advice for the wider policy review of live animal exports is still being finalised.

“The results of the Heron review will feed into that advice,” he says.

Once complete, it will be then be provided to ministers and cabinet to make a decision.