Bovis compo off to court 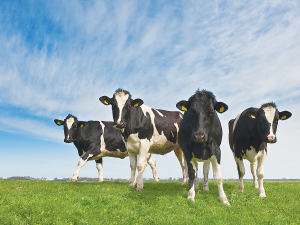 A South Island farming couple whose farm was the first discovered with Mycoplasma bovis are taking legal action against the Ministry for Primary Industries (MPI).

South Canterbury dairy farmers Wilma and Aad van Leeuwen claim that MPI’s compensation process has left them millions of dollars out of pocket.

The country’s M. bovis outbreak was first reported on one of their farms in July 2017.

The van Leewens claim they’re owed $3 million for animals killed under MPI’s eradication programme, with millions more in claims still to be filed.

They say stock destruction isn’t the only cost of M. bovis. They claim they’ve spent hundreds of thousands of dollars gathering information for MPI, along with increased interest and overdraft payments.

Last week, a judicial review was filed in the Wellington High Court on extending compensation to farmers. “MPI has made it clear right through that it considers that professional fees and bank charges should not be recoverable under the statutory scheme,” said lawyer Grant Cameron. “We say they’re wrong, so we’re asking guidance from the High Court.”

MPI says it has already paid out $96.5m in compensation to farmers affected by M. bovis, but won’t comment further while the matter is before the courts.