NZ cashing in on boutique foods 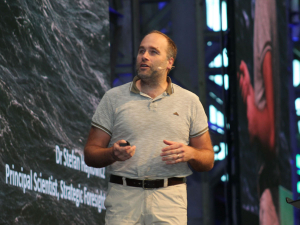 New Zealand has been better than Australia at capitalising on the market for boutique foods, according to a top Australian scientist.

Dr Stefan Hajkowicz told the Rabobank Farm2Fork seminar, in Sydney, this was being done through the High Value Nutrition Programme – a joint government-industry initiative.

The CSIRO senior principal scientist – strategy and foresight, was giving a perspective on the next 20 years of food production.

He says this programme is “a really logical positioning play into a massive market” as there is huge demand for food and different types of food.

Analysis of the China economy showed they absolutely had to sign the free trade deal with Australia (which came into effect in 2015) because if they hadn’t they could not have got enough food into China.

He says this, and the growing wealth of Chinese consumers, had opened up markets. For instance, 10 years ago the Chinese did not eat bananas because they could not afford them; now there is a massive demand.

There is literally a “hungry economy” and “a hugely diversified table and provenance really matters”.

He says there is a huge demand for boutique, specialised foods with a provenance story. This is where New Zealand is capitalising better through the High Nutrition Programme.

He says the whole world economy has shifted and he cited a study by a London economist, which showed the hot-spots for global GDP. In 1980, the hot-spot was in the Atlantic Ocean between the US and Europe: they had most of global GDP.

By the year 2030, it will be between India and China – two massive economies which will continue to grow at 6-9% per annum vs the OECD economies growing at 2%.