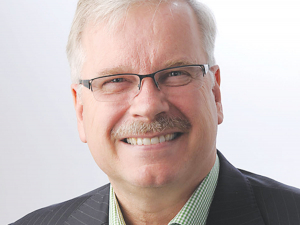 It is a concern in the context of the EU-NZ free trade agreement negotiations, he says.

“The Europeans say they are not looking to penalise in any way the generic names,” Jacobi told Rural News. “They are saying they are only interested in the ones that have geographical connections.”

This means not ‘parmesan’ but ‘Parmigiano’, and not ‘gouda’ but ‘gouda hollanda’.

But, Jacobi claims although the Europeans say that they have listed a number of names that aren’t geographical, for example ‘feta’. But there is no place called ‘feta’.

“The EU says the list is a starting point but the concern is that we don’t know the rules that will apply to these generic names,” he says.

“That is a bit of a problem, but this is a negotiation that has to be worked through.”

Jacobi, executive director of the NZ International Business Forum and a former diplomat and trade advisor, also understands that the EU has not made a substantive offer on agriculture market access.

“Until that has happened I don’t think they can expect NZ to start reciprocating on the names of certain cheeses. But this is a negotiation so it is still very much in play.

“The dairy companies and the cheesemakers make a valid point and hopefully we can work this negotiation out so that some of the risks are reduced and some of the opportunities are magnified.”

Jacobi points out that he is commenting on the latest information he has, but there was a negotiating round recently and he does not know what happened in that.

“My understanding is that in prior rounds they had not begun to negotiate seriously on market access for agriculture products.

“I don’t think they can be surprised that NZ is not willing to engage in other agriculture issues [at this stage].”

He says they have submitted a list but we don’t know exactly what the rules are.

“The Europeans will tell you they have negotiated other FTAs and we can see from those the sorts of things they want in this one. But I think obviously our industry is saying it needs a lot more clarity.

“The use of generic names is important both within NZ and to NZ cheese products exported globally.

“So it is important but it is a negotiation that will have to work its way through. But the dairy companies and cheesemakers are saying this is a key issue for them. It needs to be thought about in the context of the negotiation.”

This shows this negotiation is not as straightforward as some people might think, says Jacobi.

“There has been a lot of talk about finishing this negotiation by the end of the year. It would be great if we could but there are still some very complicated issues to work out.”

New Zealand cheesemakers fear that European proposals to protect names of many common foodstuffs may stifle local investment and innovation in cheesemaking and limit choices for NZ consumers.

Their warning is prompted by the recent fourth round of negotiations towards an EU-NZ free trade agreement held in Wellington last month.

The NZ Specialist Cheesemakers Association (NZSCA) and the Dairy Companies Association of NZ (DCANZ) are concerned that the extensive ‘geographical indications’ (GIs) framework proposed by the EU could limit future use of common cheese names by NZ cheesemakers.

There is a lot at stake for the NZ dairy industry with $2 billion of cheese exports each year.

If Britain crashes out of the EU at the end of October it will be unlikely to seriously affect the New Zealand meat industry.